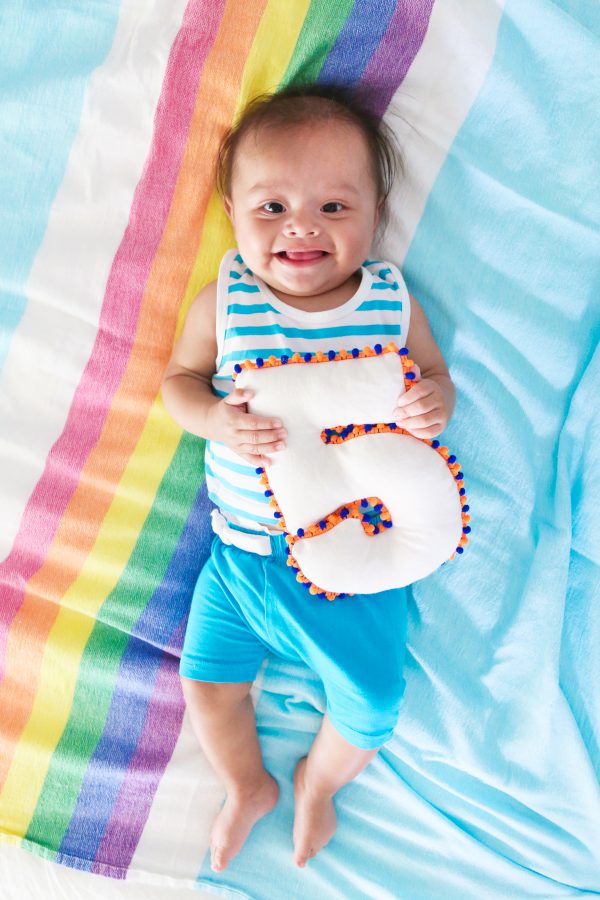 Before our update, I wanted to share about a BIG giveaway we’re doing with Freshly Picked!!! As you know, they are our FAVE baby shoes for Arlo. We’ve got so many colors, plus they just launched these cute oxfords!! So are you ready!?!? We’re giving away $250 to Freshly Picked AND a ONE YEAR subscription to Can’t Clutch This!!! BAM!!!!!! Be sure you are following @studiodiy and @freshlypicked on Instagram and then go enter the giveaway at THIS LINK! 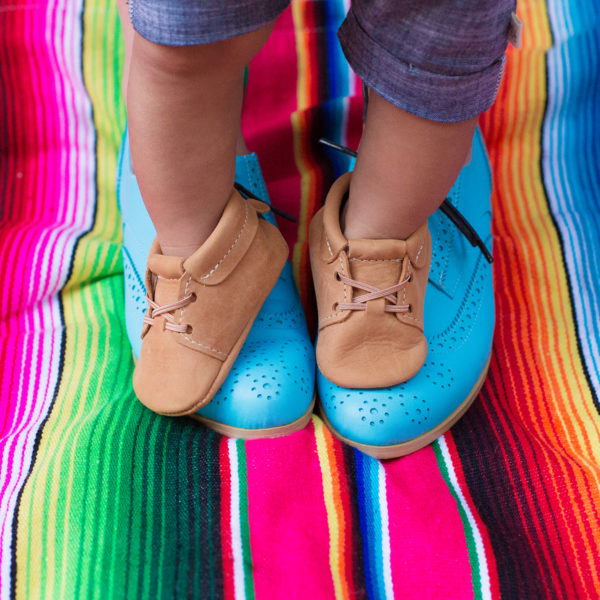 Ok now for the update! Five months!! Not gonna lie, I think this last month was our toughest yet. I’ve mentioned in just about every update that he’s very active. NOT a fan of just sitting around, unlike his mama! Ha! The last few weeks he’s gotten increasingly frustrated that he can’t move. He is just so. bored. all. the. time. And he screams at the top of his lungs to let you know it! Our days of taking him to restaurants and having him just hang in the stroller are over.

Nothing keeps him entertained for very long, other than the exersaucer or going for a walk. Jeff + Baby A take A LOT of walks. I struggle with answering every single whine and scream with a new activity/distraction because I want him to learn to entertain himself but… am I being a jerk and he’s too young for that!? Ha! Nobody gives you a guidebook on these things! Anyone else have overly active babies!? Any toys to recommend that are interactive but not loud and annoying!? Help!!!

Side note: We are taking our first flight with him in a few weeks and are now completely and totally terrified.

He’s fought us a little on naps this month. We’re trying to figure out how to transition him to a 4 hour eating/nap schedule, instead of 3 hours but.. we’ve failed every time. Ha! We did finally get him to sleep with both arms out of the swaddle and we did finally drop the dream feed. He did great (sleeping 8pm – 7am) for a few nights, and then started waking up and whining around 3-4am. So… we haven’t quite mastered that yet but we’re close! We’ll be transitioning him from his SNOO to his crib in the next few days.

Let’s see… he also started to roll from back to front now, he’s close to sitting up on his own and he *tries* to army crawl… but using his face? Ha! He manages to move himself pretty well so our days of setting him down under his play gym and leaving are over! I think he’ll be full-blown crawling in the next month or so. And while we aren’t prepared for how insane that will be, I’m very ready for him to be able to move.

And last, we just started him on solids!! He’s loving it so far! We did a lot of research and ended up deciding to try Little Foodie Club’s 21 day Days to Solids plan after they reached out to us! It’s a new food every day for 21 days and there’s lots of research that exposing babies to that many foods early on can lead them to be more adventurous eaters. All the purees are organic and delivered frozen, so we’ll just defrost one each day to try! I’ll give you an update in our six month post (or likely before then on Insta stories) with how it’s going! Wish us luck!!

Even though it’s been really challenging, he’s been more fun than ever. He reaches and grabs for everything and has really started to recognize us. We took him to the aquarium and he watched the fish swim from side to side like a HAWK. He’s totally goofy and completely insane and we can’t get enough of his giggles and side-eye glares. Oh, and that uncontrollable hair. Sheesh, so much happened this month! Happy 5 months, baby A!