Top
Home » Life » Behind The Scenes at Studio DIY HQ 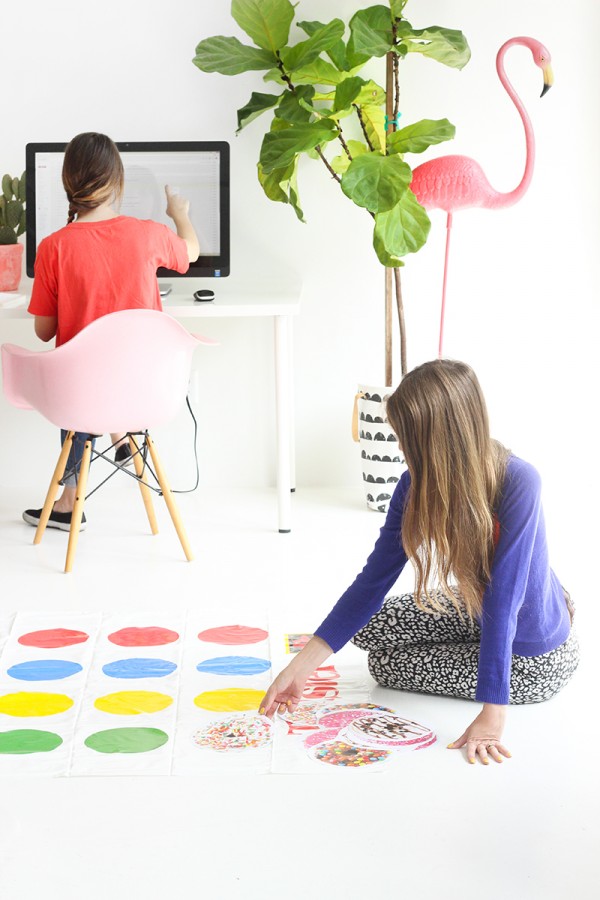 I often share behind the scenes peeks on Instagram and Snapchat, but I thought it was high time to share some here and talk about what a week really looks like at Studio DIY HQ! It’s generally a combination of crafting, eating (donuts), photo editing, errand running (in the piñata district)… the works. No two days are the same, so it’s hard to break down a “normal” day. For the most part, we would create and shoot in the studio and then edit and write posts at home, because that’s where our desktop was so when Intel asked us to give their new All-In-One computer a test run we were STOKED because it meant we would finally be able to create a post, from research to crafting to uploading, all in one (Ha, see what I did there?) place. Here’s a peek at how our week went and all the work involved in taking a post from start to finish! 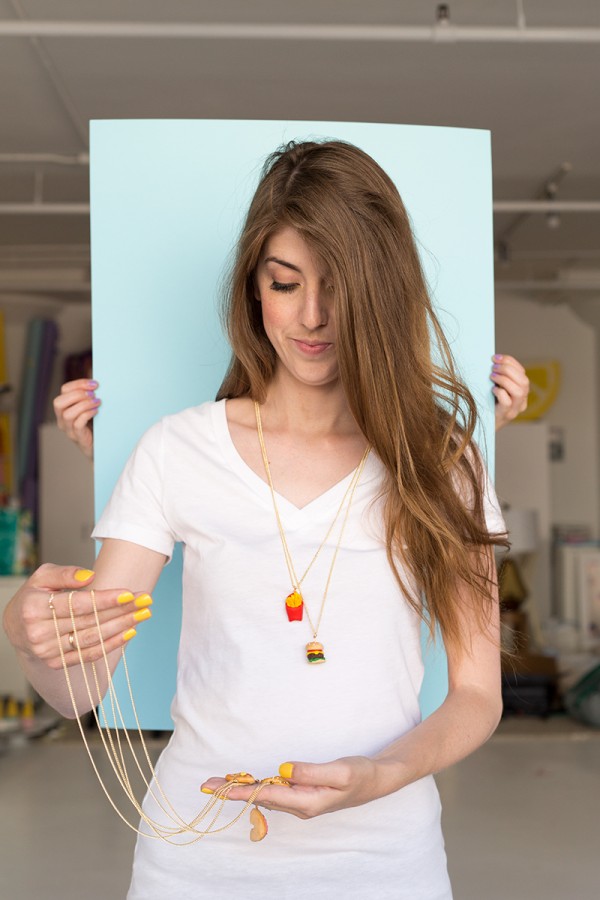 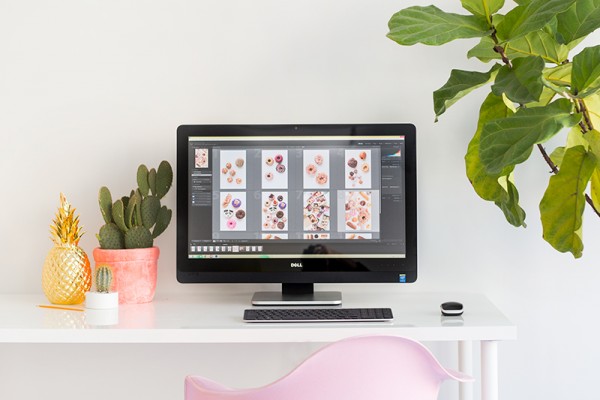 Here’s a list of everything we had to do that week:

Research, buy, photograph donuts for our LA Donut Guide
Shoot a Mani tutorial
Pick up a piñata for a shoot
Prepare and shoot for a big team shoot
Shoot + draft our friendship necklaces post
Oh yeah, and answer a few (hundred) emails along the way
And a few dance breaks too, duh. 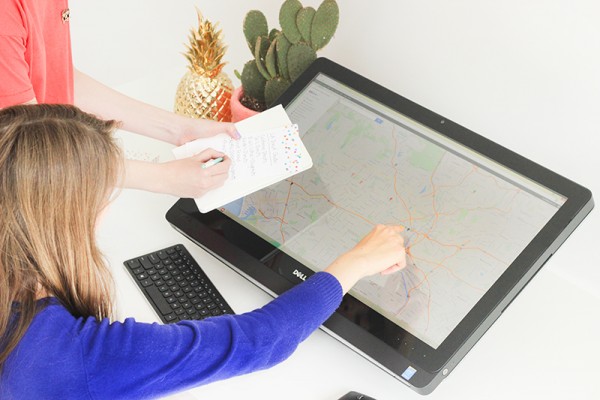 The donut guide was a post we had been prepping for for months, taking note of different donut places and types of donuts. The day before our shoot, we all sat down and mapped out all the shops we wanted to hit, then divided them up between us. Since our Intel All-in-One, a Dell XPS 27, is a touch screen (Yeah, did I mention that? AWESOME.) we laid it down (Yep, does that too) and used it as a big ol’ virtual map, pinpointing places, etc. We also sent this map to one of our artists we collab with, Kate, who created an illustrated version for us! And then we got up at the crack of dawn the next day and drove all over creation gathering donuts. Could be worse, huh? 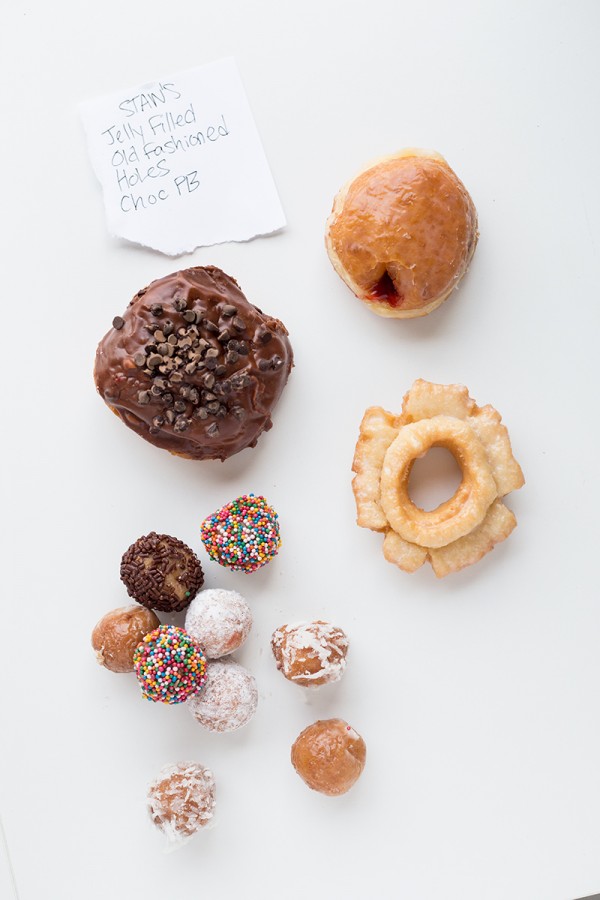 We cataloged each donut we got and what shop they came from so we could keep track! 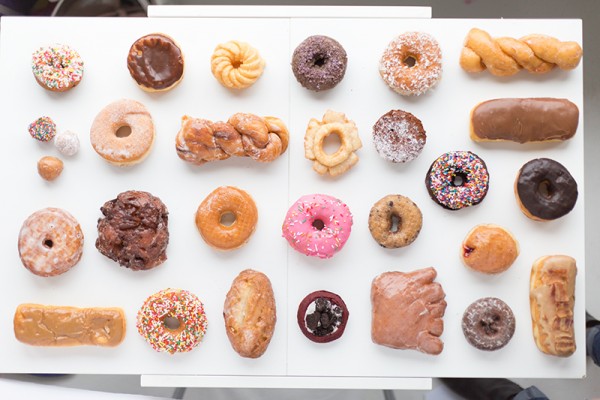 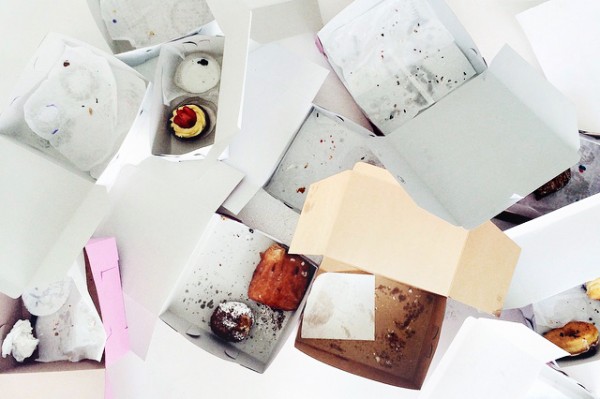 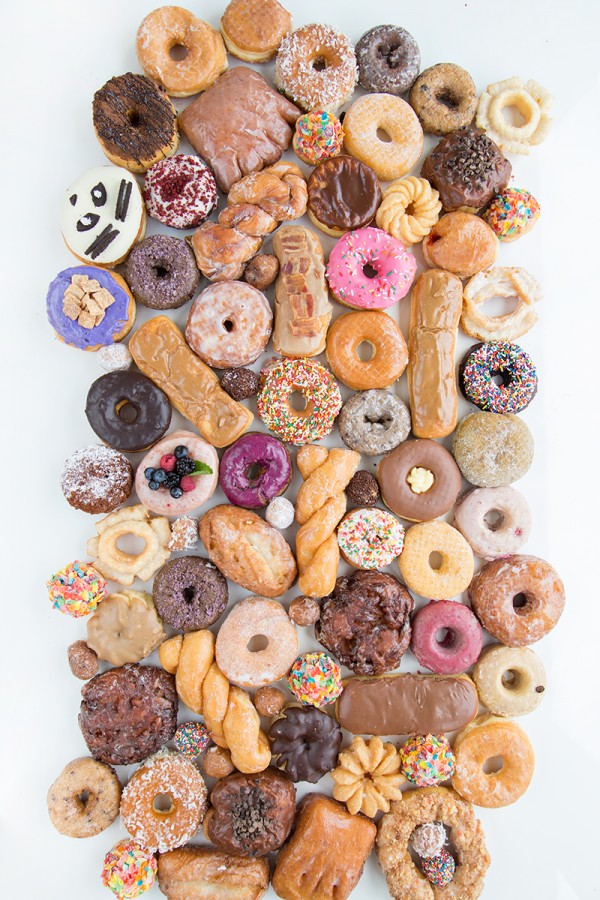 LOOK AT THEM DONUTS! Having the desktop here meant we could shoot tethered for the first time, which means we could instantly see photos on the big screen and re-style/shoot accordingly. This is like a DREAM since trying to judge if a photo looks good on the 3″ camera screen has rendered me practically blind. Jeff then proceeded with editing the shots we selected while we boxed up all the donuts for friends and studio neighbors. (Wonder if they love or hate me? 😉 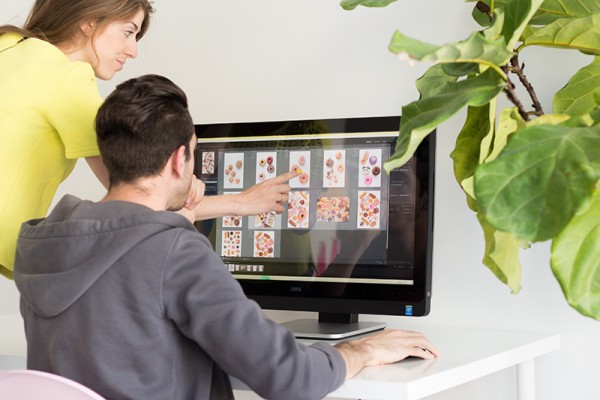 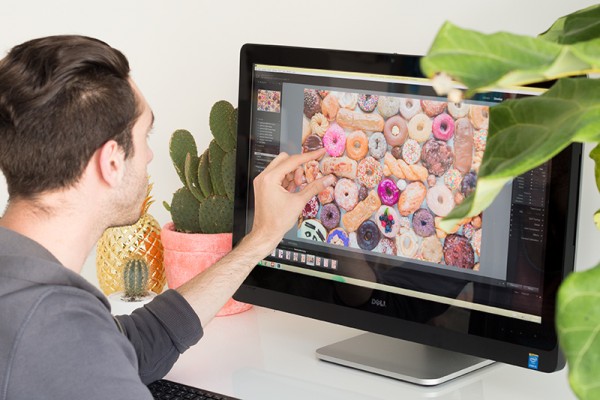 The next day we ventured out of the studio for a quick trip down the street to the piñata district. If you haven’t been, you must go. It’s on Olympic, between Stanford and Central and if nothing else, it’s just an experience walking around seeing all the piñatas hanging! 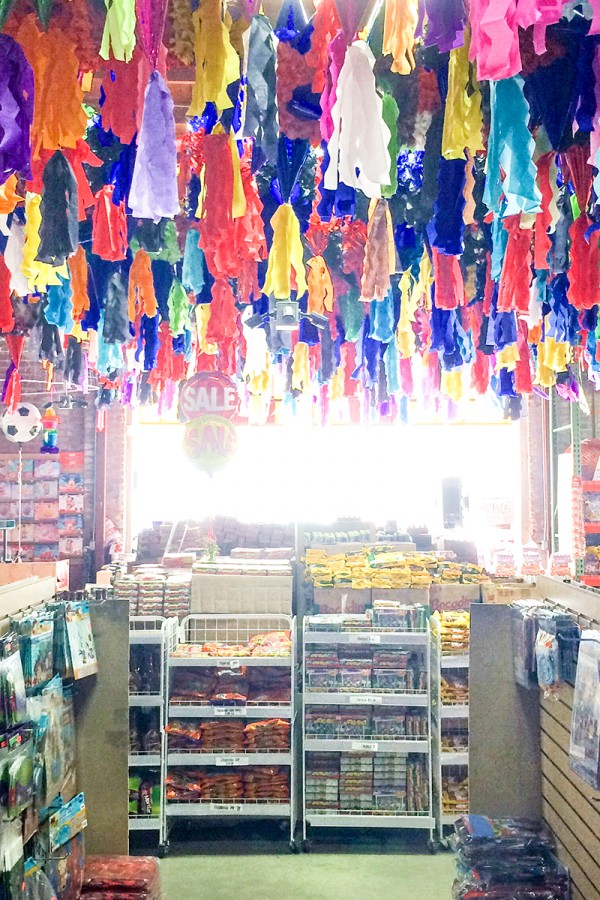 Another shoot day followed! This one involved some EPIC hair and makeup. I liked my yellow wig so much I wore it to lunch. Luckily, the team still ate with me. 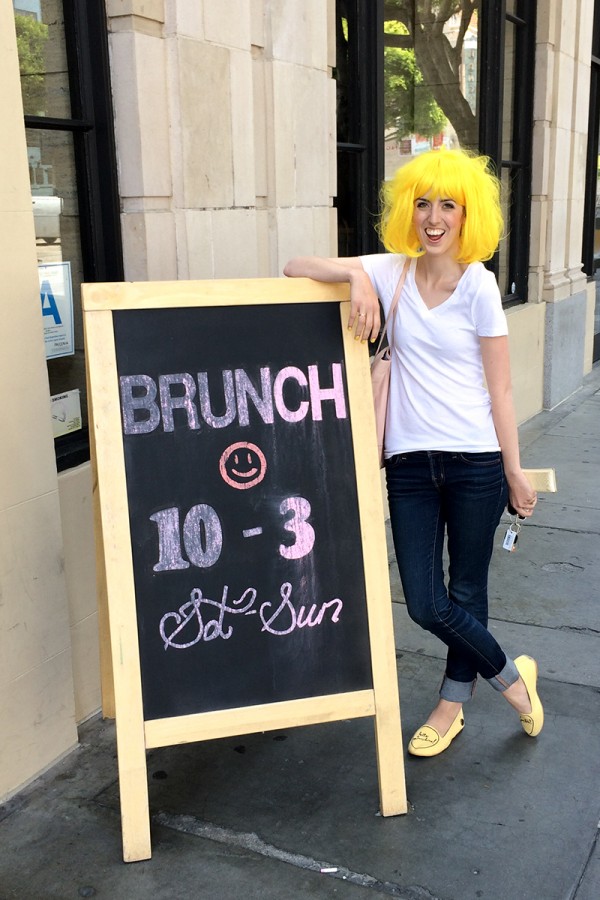 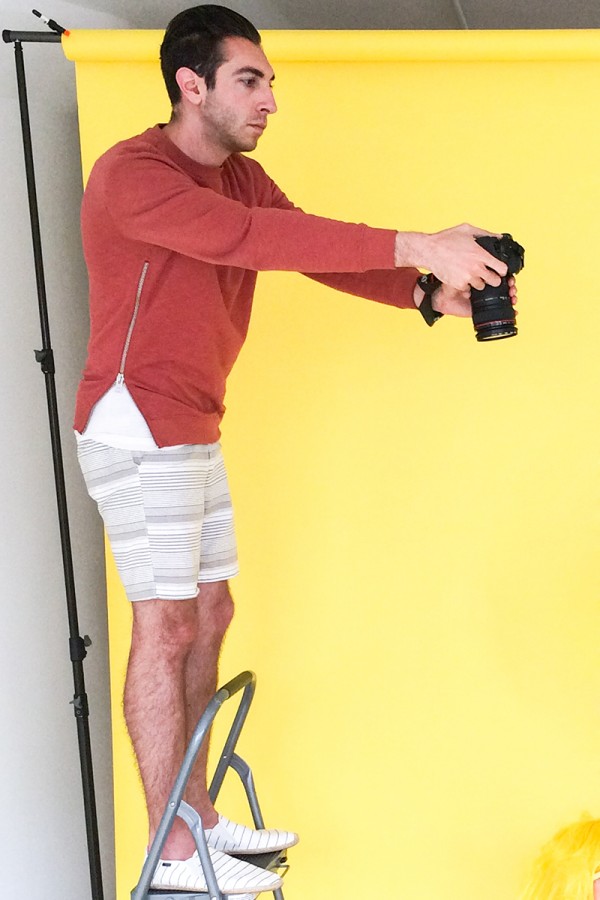 We rounded out the week with a mani shoot. They’re some of my fave! Alex comes and works her magic and, in this instance, we dumped some ice cream in my hand… as one does. I was shrieking it was so cold. (I’m a whimp.) 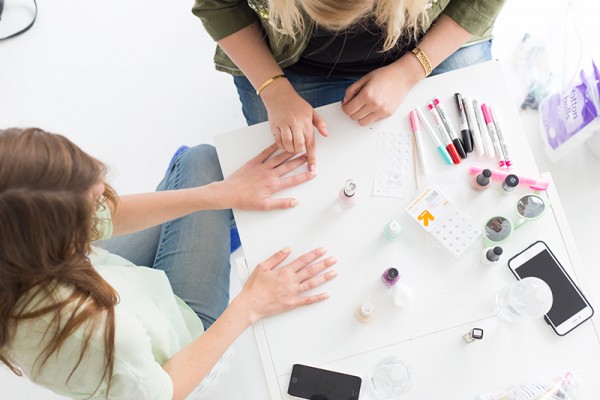 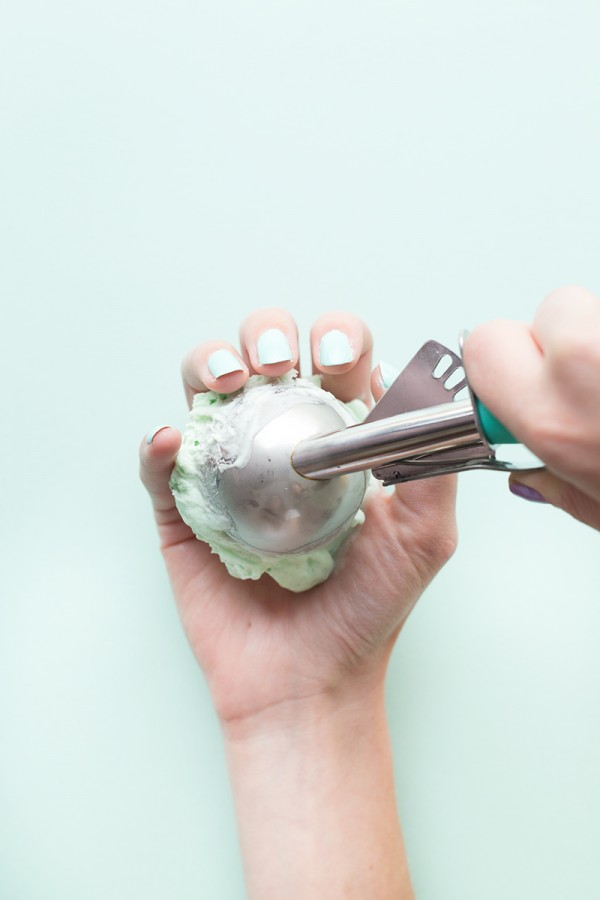 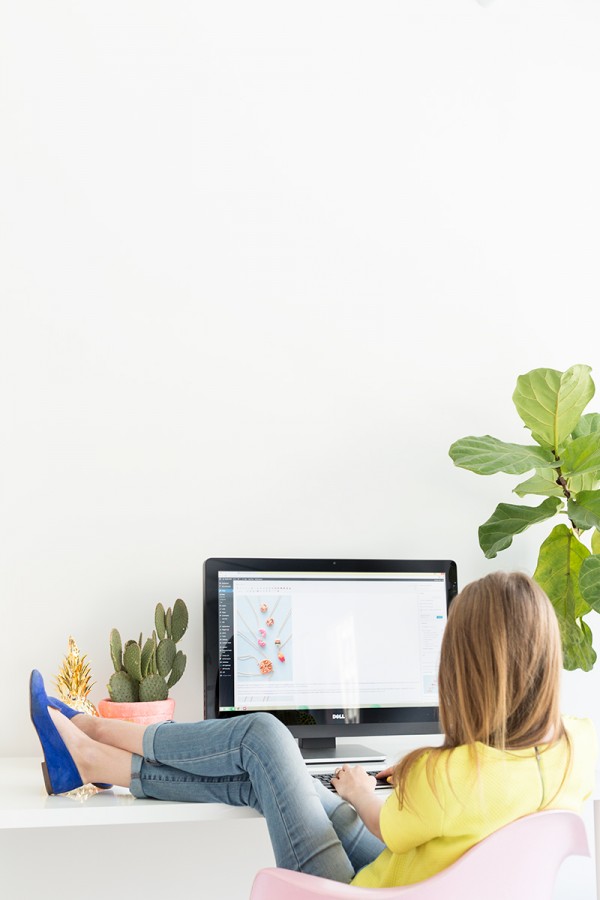 5pm on a Friday calls for a DANCE BREAK! I mean, I had to make sure the speakers on the All-In-One were up to my dance party standards. (They were.) 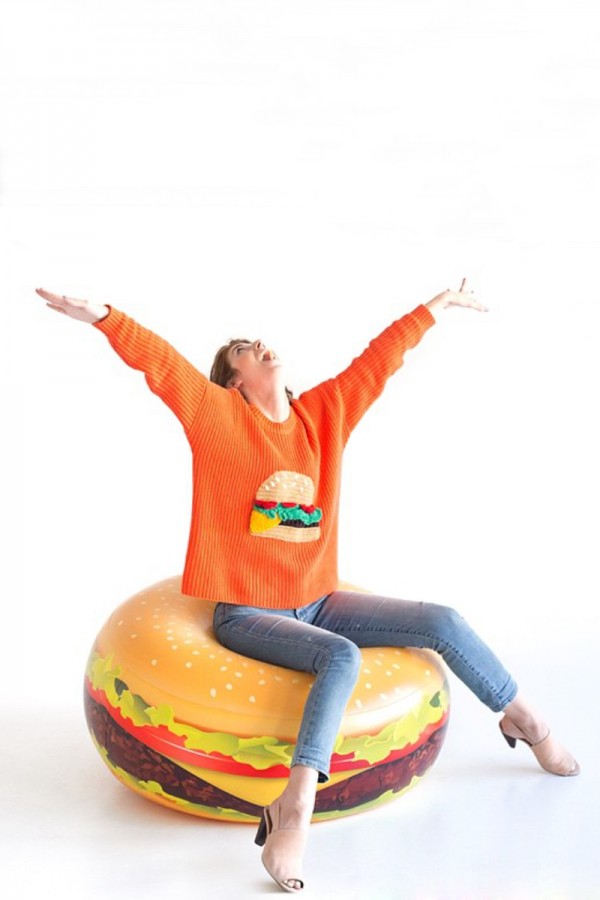 And there you have it. A crazy, food filled week at the HQ! Doesn’t your work week look like this?

This post was created in partnership with Intel, All content and opinions are that of my own! Thank you for supporting the sponsors that keep the Studio DIY party going! Read more about my editorial policies here.