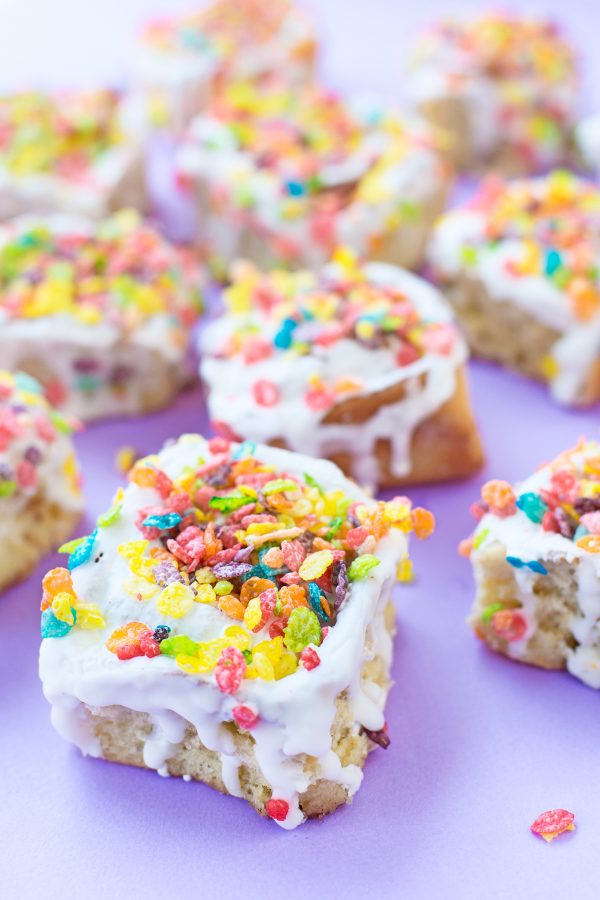 What happens when you combine two of breakfast’s most wonderful stars? You get cereal milk cinnamon rolls!! Mhm-mhm. You probably won’t want to read the rest of this intro because you’re already off to the kitchen to gather the ingredients (It’s cool. I understand.) so I’ll just get right to the recipe… 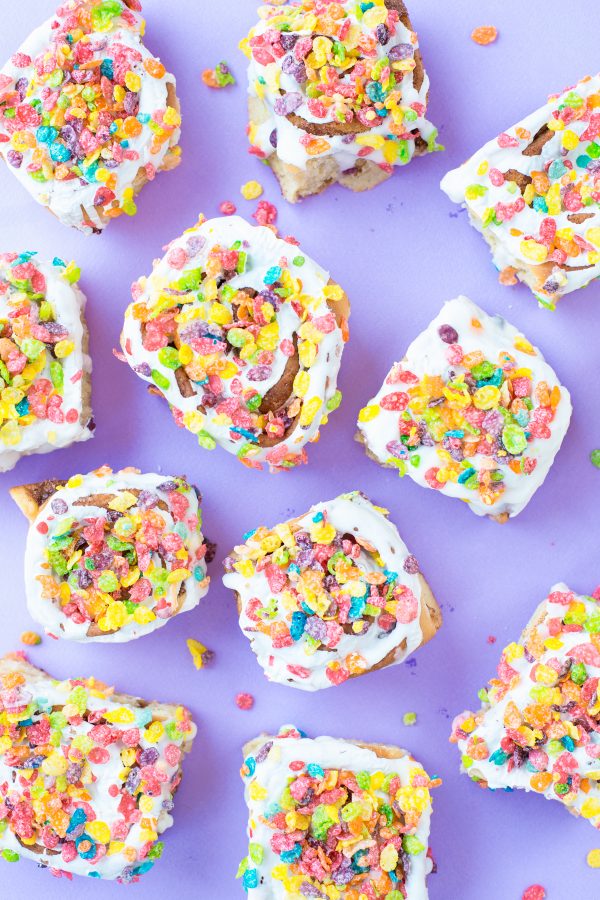 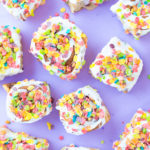 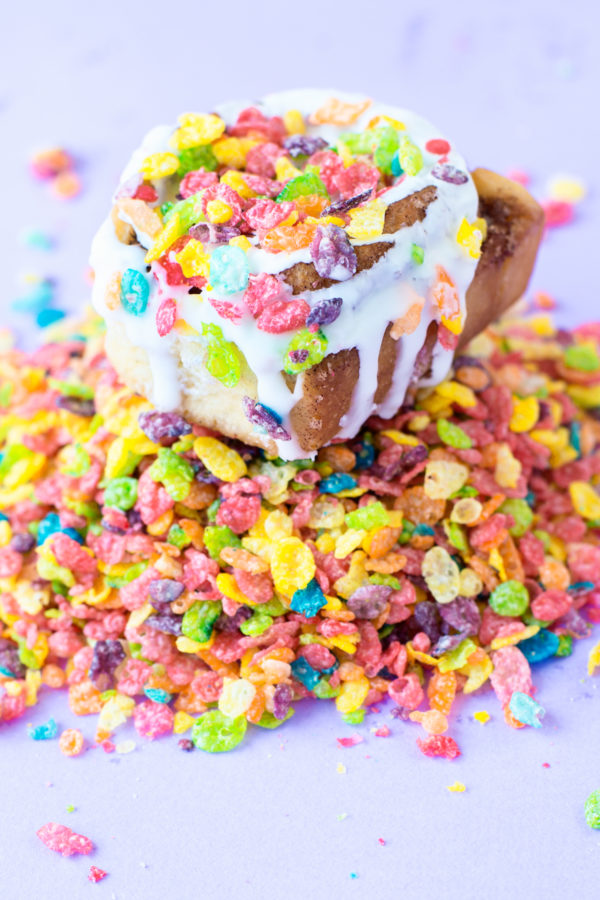 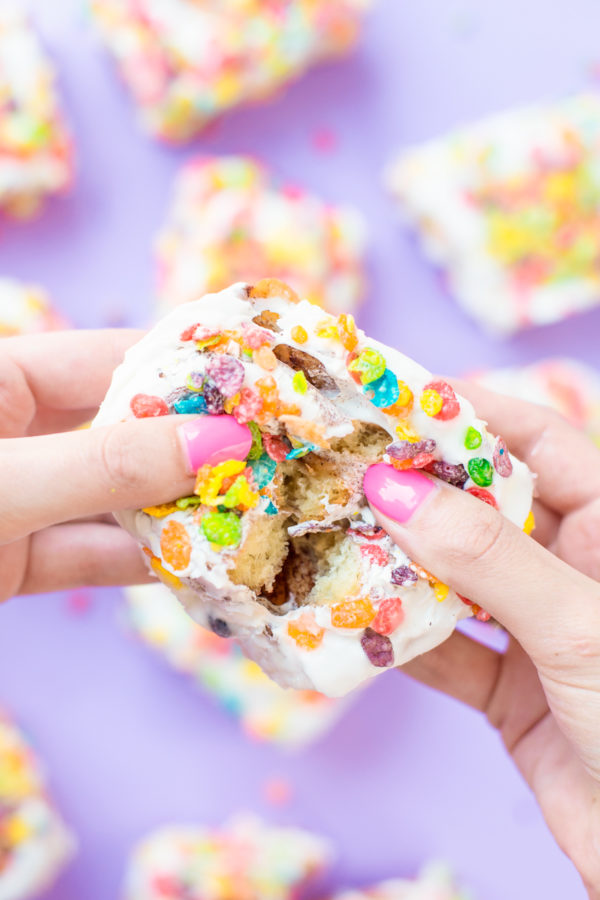 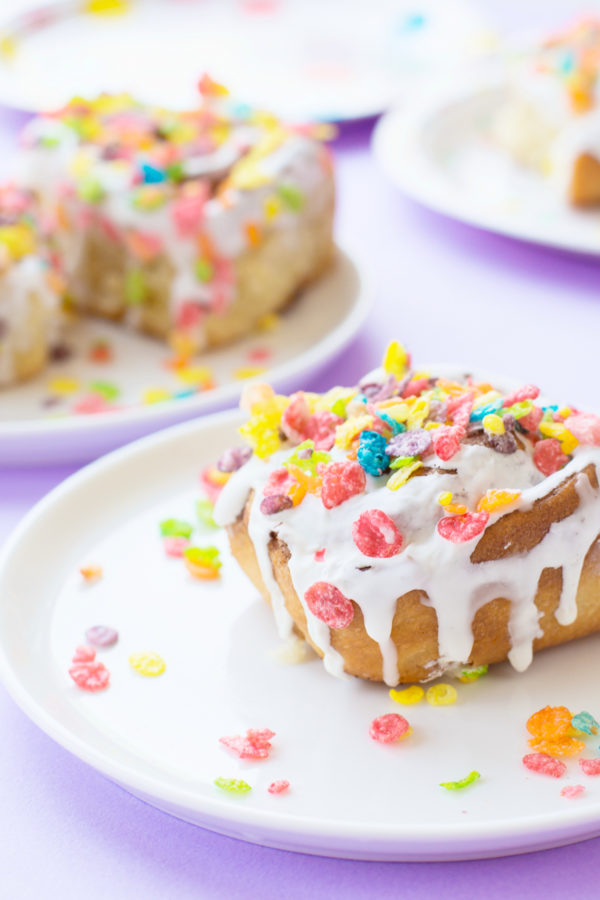 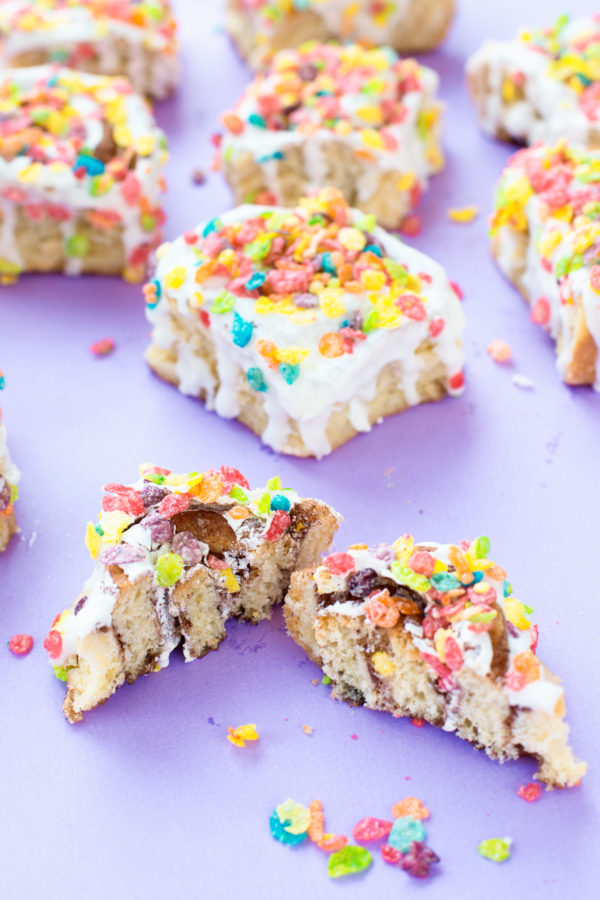 They are as good as they look, by the way!

I had an inner debate about whether these should be called cinnamon buns or cinnamon rolls? Jeff and I both defaulted to cinnamon buns (is it a Jersey thing?) but the internet seemed to have a cinnamon roll consensus. Any of you have any insight? What would you call them?