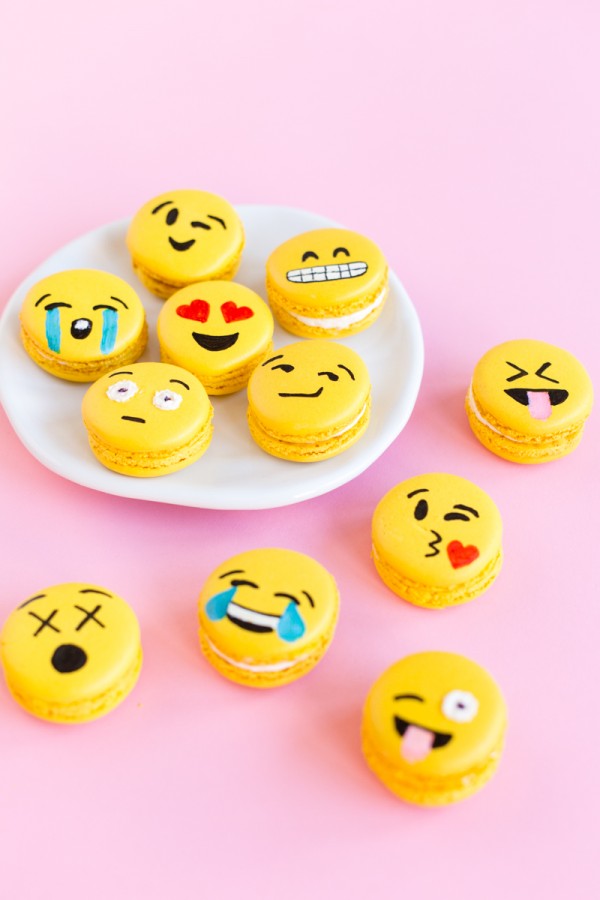 While I was deep in emoji Easter egg making land, I stopped by Bottega Louie and there was a whole CASE of yellow macarons just staring at me all “WE SHOULD BE EMOJIS TOO!” So, I obliged. And since we are all still in deep protest of the fact that there is STILL NO TACO EMOJI, I decided we should at least celebrate that all the classics stuck around… So let’s do just that. 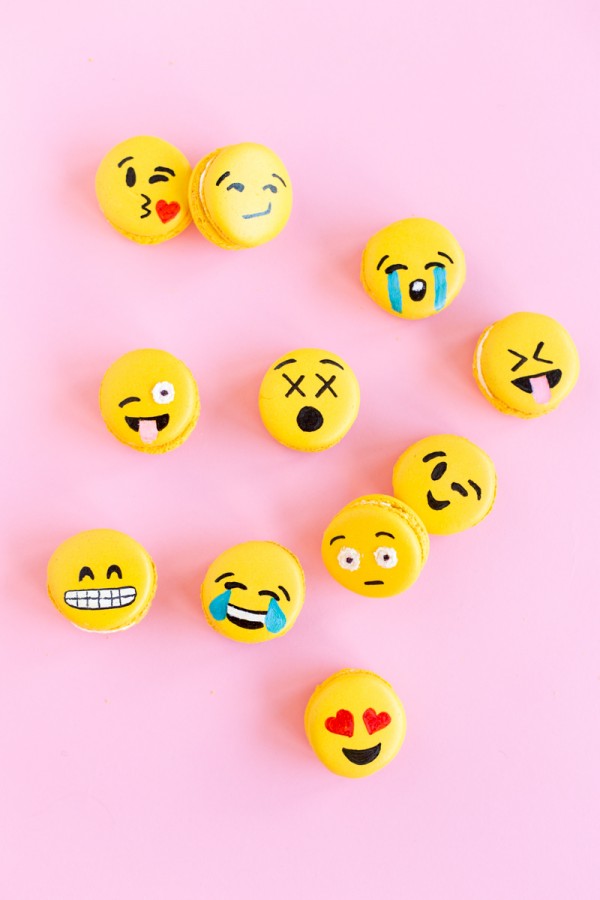 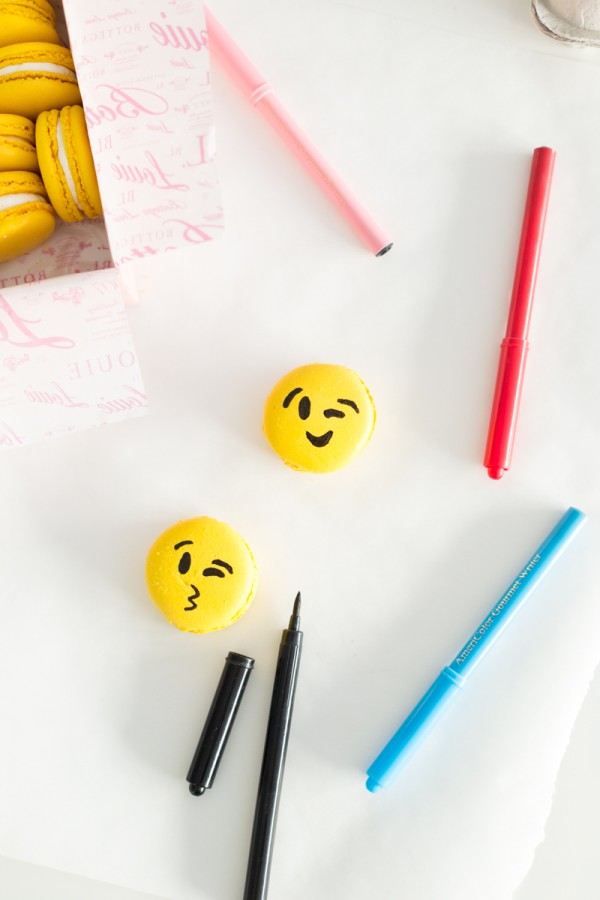 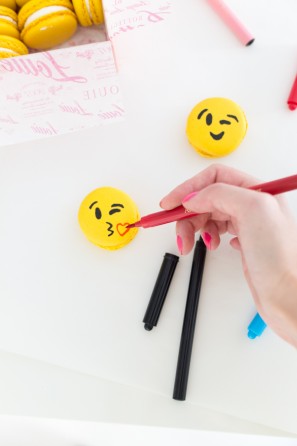 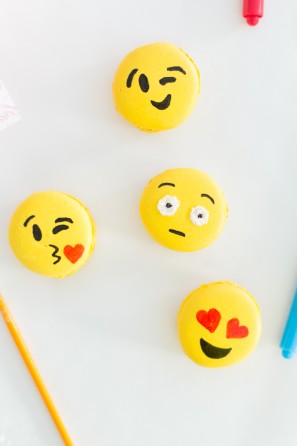 To make the basic faces, all you need is your trusty black food pen from the set. For the hearts, the red pen also shows up quite well on the yellow. Just draw your shapes and fill in as necessary. Here’s the scoop about the rest:

For the white eyes: I actually sacraficed a macaron (RIP) and used the filling and a clean, food-safe paintbrush to “paint” white eyeballs onto a few of them. Then I used the black paint pen to make the center of the eye.

For the blue tears + pink tongue: If you aren’t crazy picky like me, go ahead and use the food pens. They show up, but the colors are slightly altered because of the yellow backdrop. If you are crazy like me, you can use a bit of royal icing to “paint” the features on and then, once it sets, color over top with your food pens.

If you’re curious as to the order in which I drew the features on these guys, I used the same process outlined here for the emoji eggs. 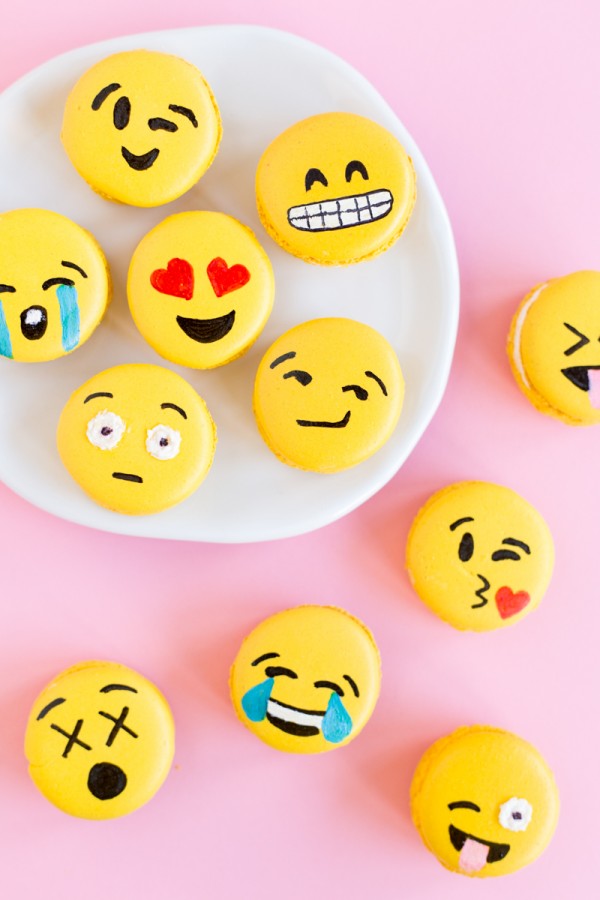 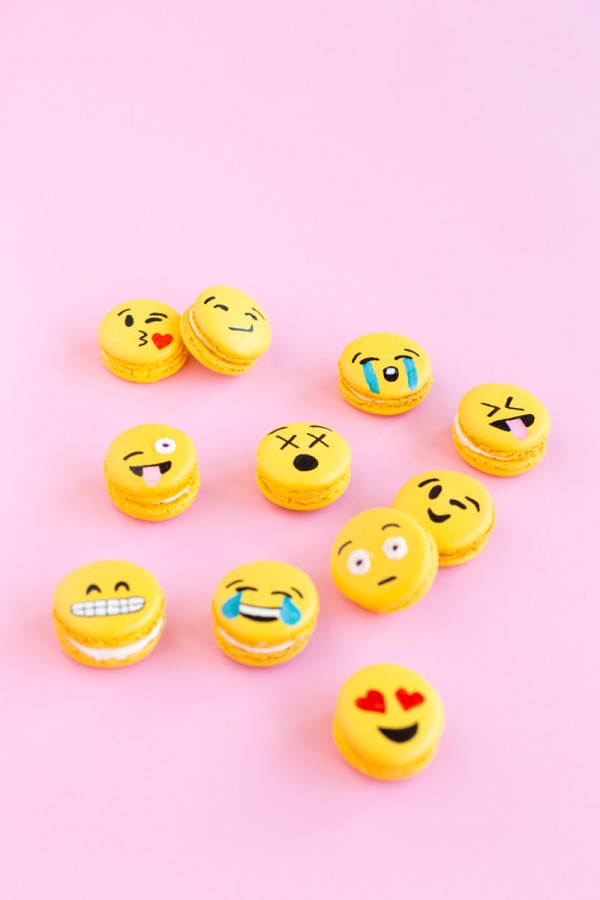 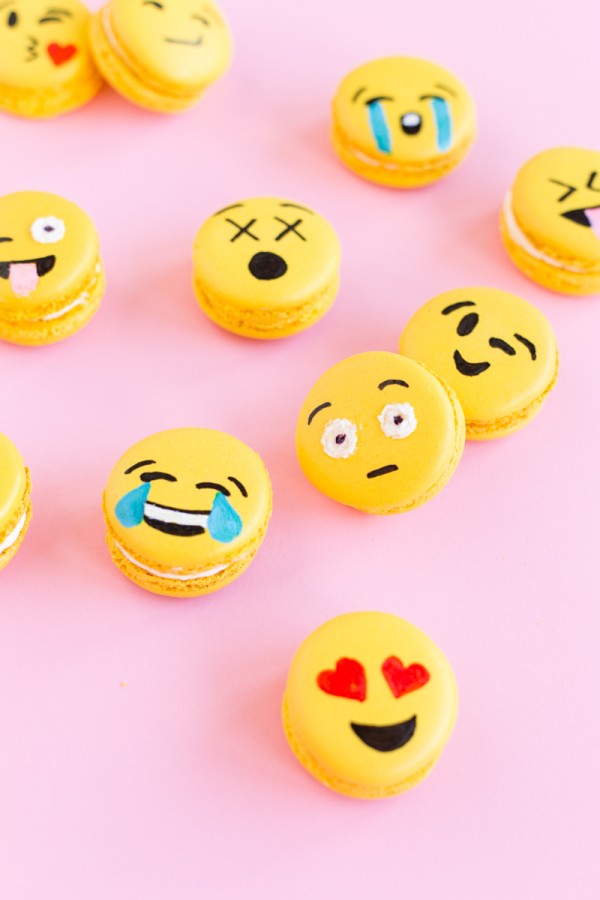 I typically leave the macaron magic making to my pal Ashley, but I couldn’t resist hopping on the mac train for these guys. Now be sure to eat them whilst holding a bunch of emoji balloons, ok?