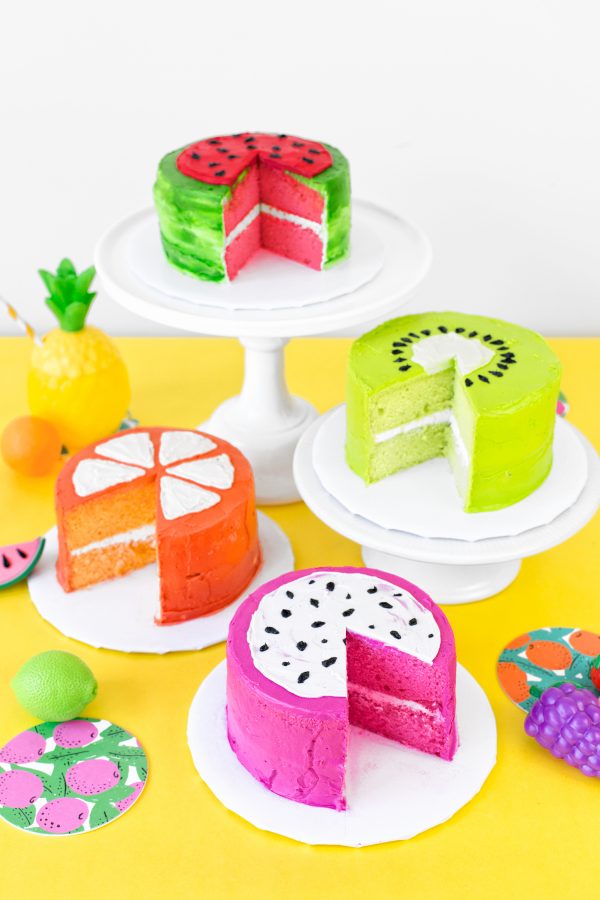 Giving new meaning to the term “fruit cake” today with these fruit slice cakes!!!! I’ll just never tire of turning things into fruit. Never ever! We made fruit slice balloons last year and took the concept to the (dessert) table this time! You could get super fancy with these cakes and make ’em fruit flavored, fill them with fruit, etc. OR you could do what we did and break out the box mix + the vanilla frosting and go to town making them look oh so schnazy for your next summer shindig! 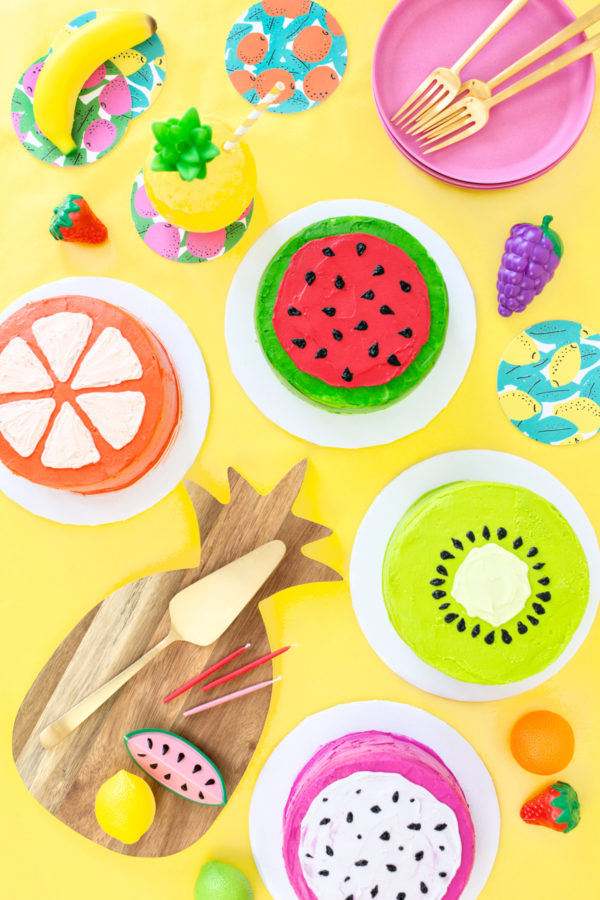 All of the cakes are SUPER simple, but I broke them each down individually in the recipe. Keep scrollin’! 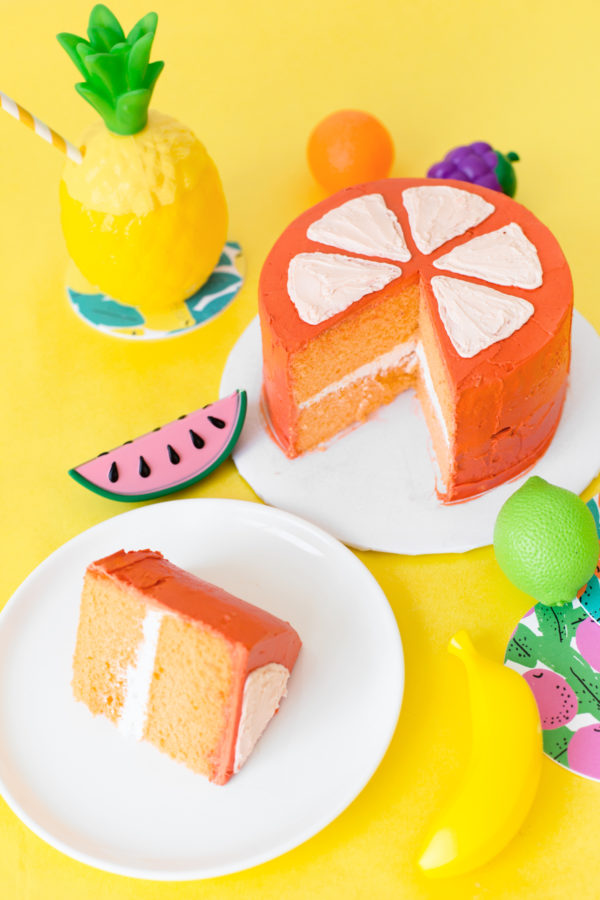 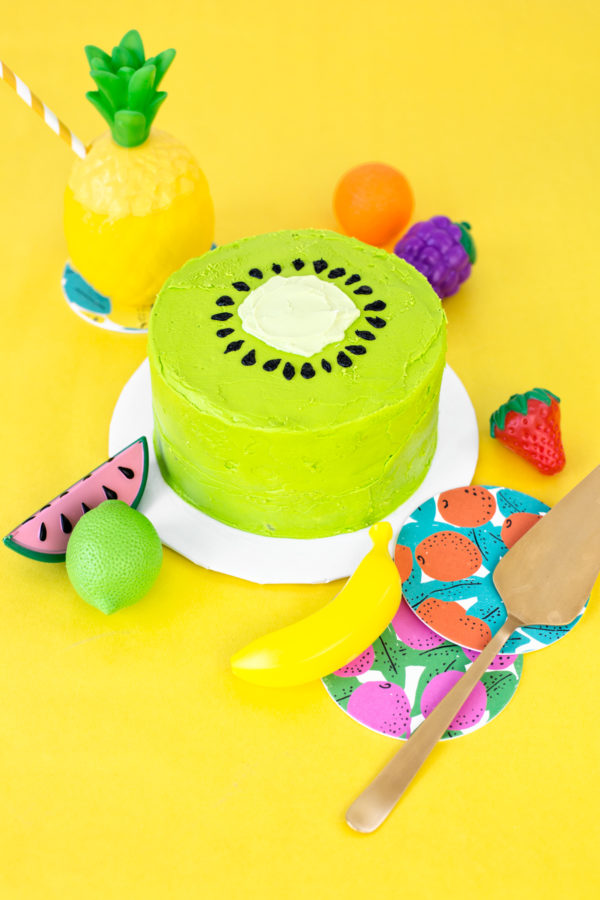 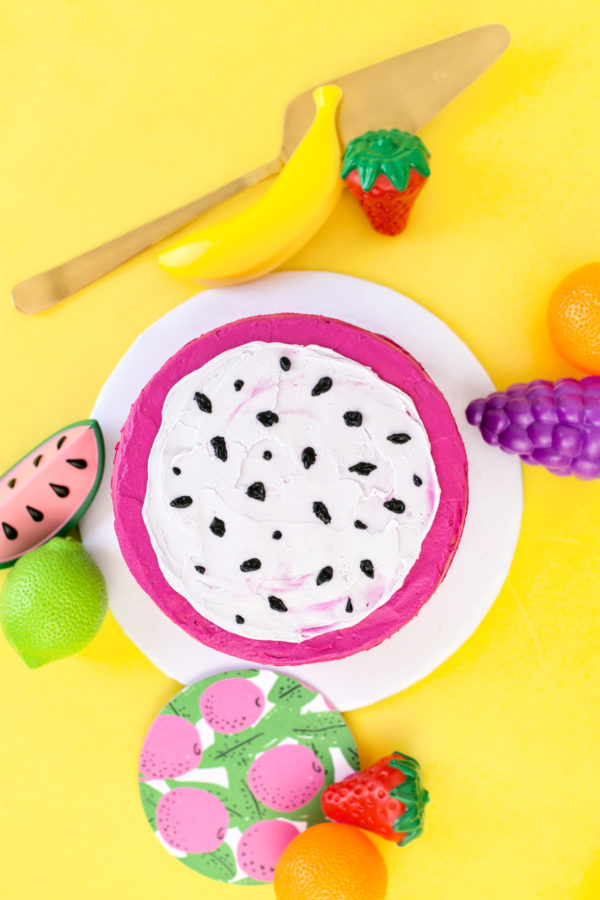 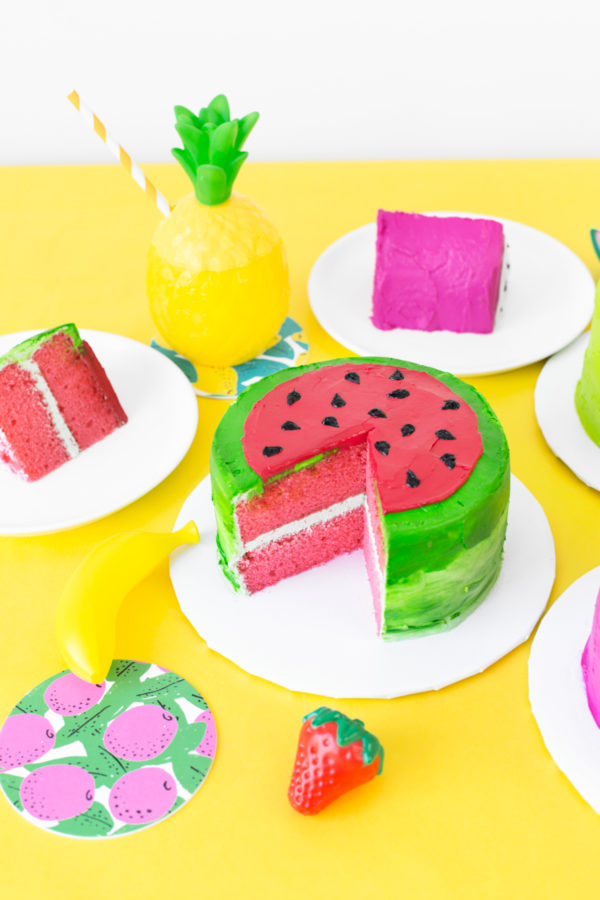 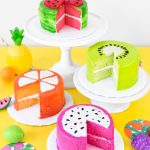 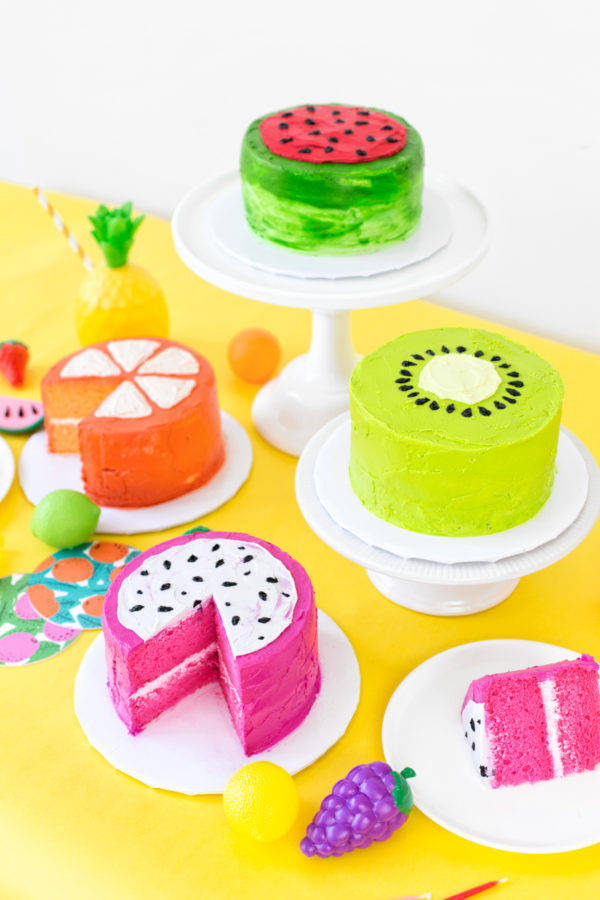 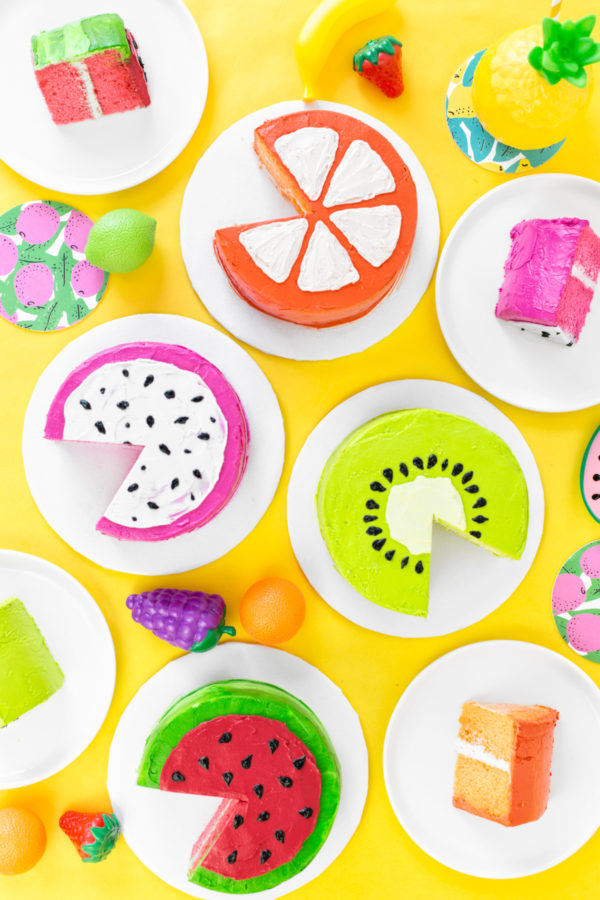 Have a fave!? Pretty into the kiwi myself. Even though I’m actually not that in to real-life kiwi! It would be fun to do a whole bunch of different citrus slices too, wouldn’t it!? Eeep! 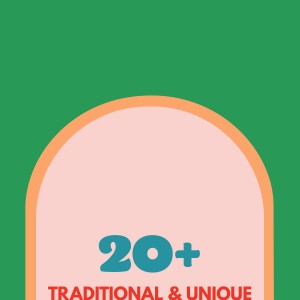