Top
Home » Life » Behind the Scenes of our Swatch POP Collab! 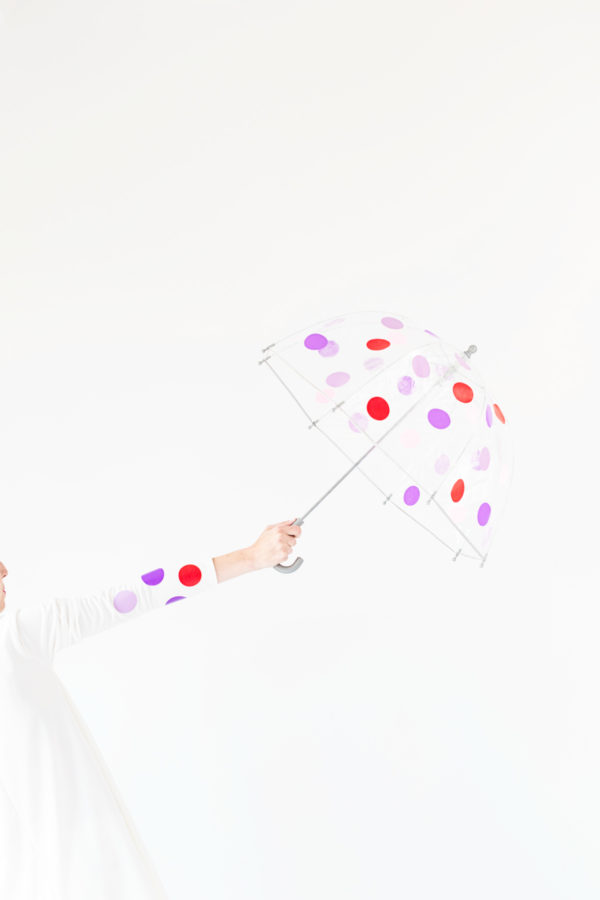 Recently I got to work with Swatch to create some really fun images for their new POP line of watches! We had the opportunity to create two images and two GIFs to help get the word out, all inspired by how the watch face on these watches can “pop” out and be used on other bands and accessories! We had a lot of fun coming up with different ways to showcase this and I thought I’d share a little behind the scenes of how we created each shot today! 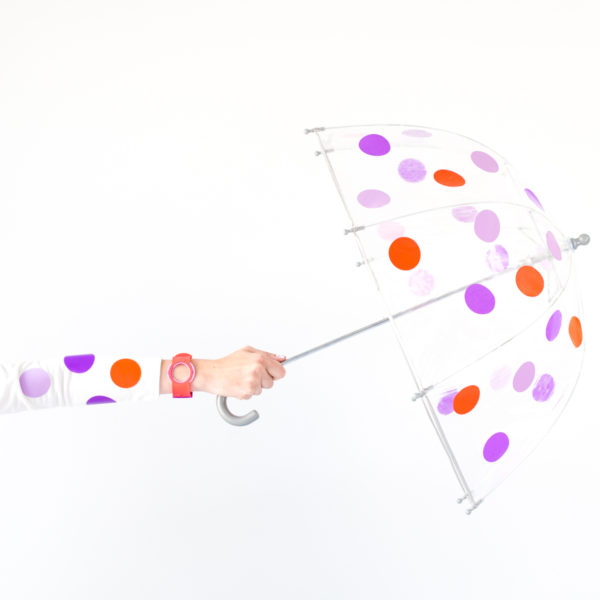 We loved the polka dots on the watch face itself and wanted to polka dot everything for this GIF… so we did!

You can see in the very top photo that in the essence of time for most of our photos, we only decorate what is going to be in the final frame (Shhhhh! 😉 ) so we added removable polka dots one sleeve of a white dress and our umbrella. Then, since we wanted to show that the watch face could be removed, we started with the empty band on my wrist and then animated it to show the watch falling into place along with a ton of polka dots. 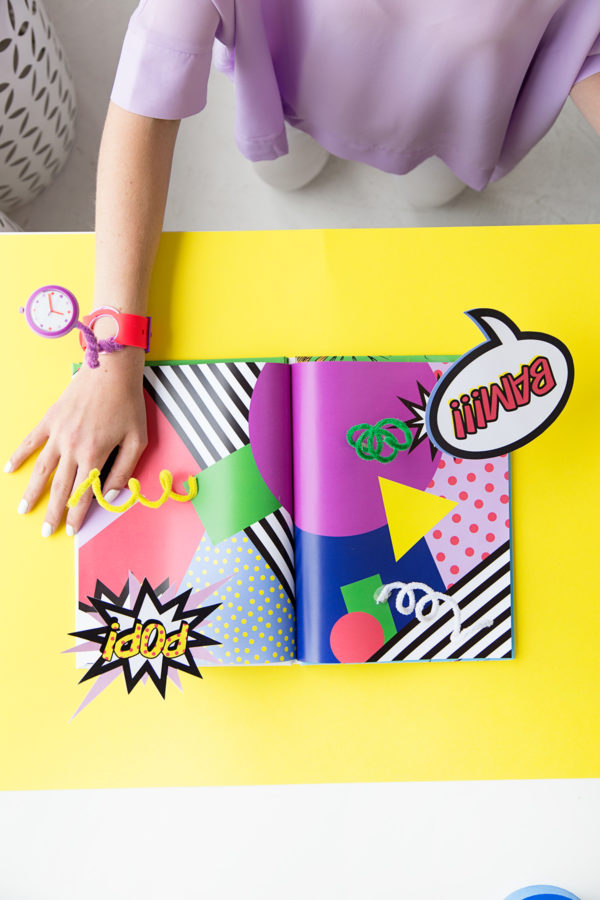 For the rest of the images, we brainstormed a long list of things that “pop” and two of the things on our list were pop art and pop-up books. We thought it would be fun to bring both to life in a pop ART book and include the watch face popping off the band as well.

I designed the book pages and glued them into a children’s book, then added pipe cleaners and word bubbles to make it 3D. We actually shot the watch’s face “popping” out in real life and used a straw underneath to make the face stand up! 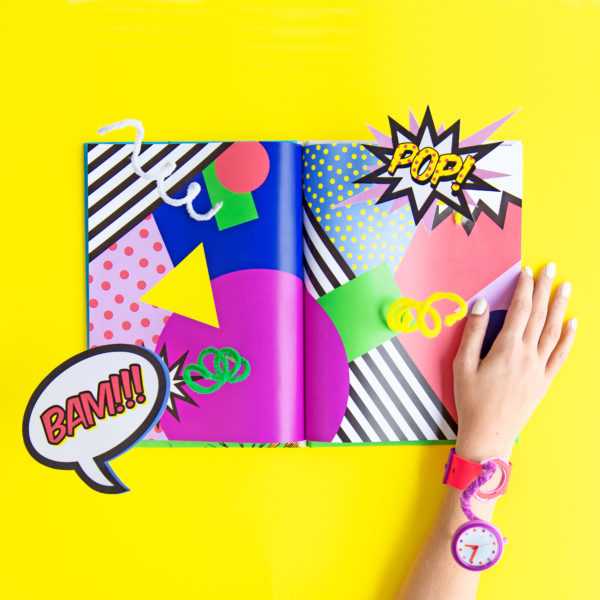 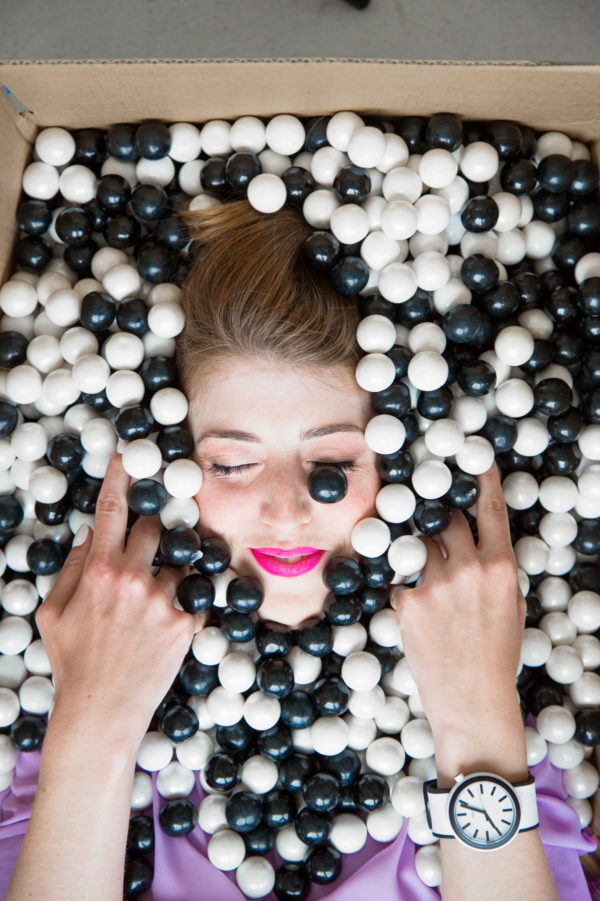 Another thing that pops? BUBBLEGUM! I had the crazy idea to bury myself in gum balls and man was it it WORTH IT!

We broke down one side of a cardboard box and I laid in it while the team covered me in nearly 1,000 black and white gum balls. We used a pink balloon as the “bubble” so I wouldn’t have to keep blowing giant bubbles while we got the shot. In post, we added in watch faces amongst the gum balls to show again that the face can be isolated separate from the band! 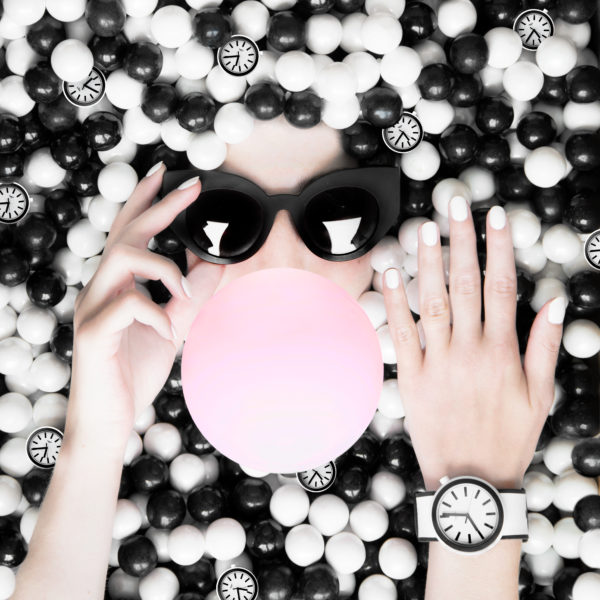 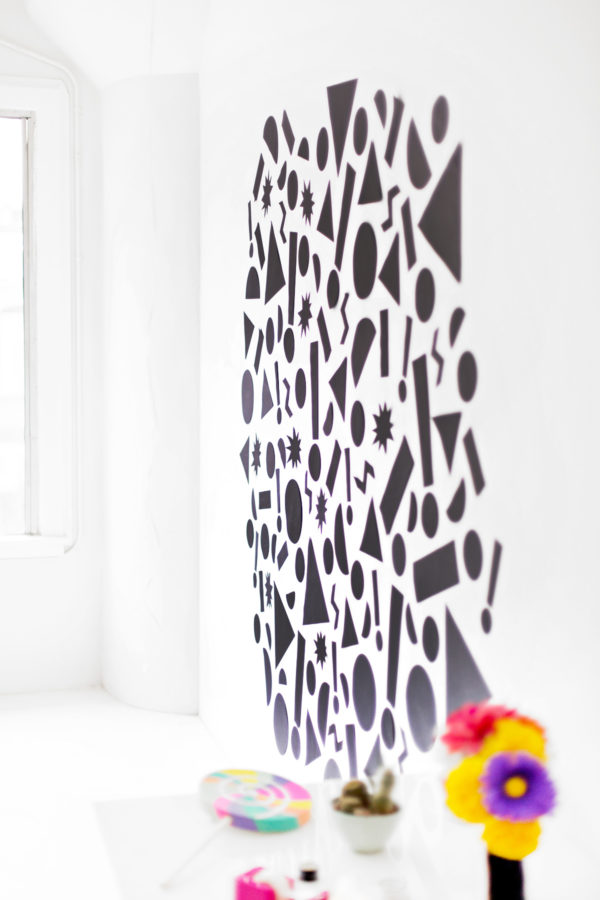 We wanted this one to have a pop art vibe again and we wanted to showcase some of the other ways you could use the watch face. So we decided that we’d have several hands coming in to the frame and each time they “popped” something, the watch would move. 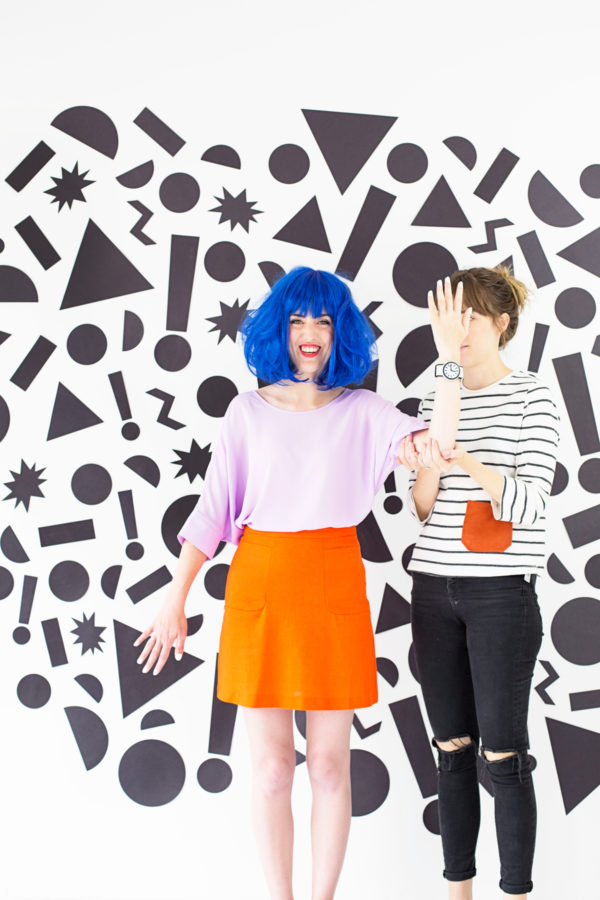 We wanted to use a lot of color blocking to pop against all the black and white so we painted a soda can and a confetti popper and then found some BLUE popcorn! We also added a blue wig because it just seemed like a GLORIOUS idea!

I had to stay super still for a long time while Jeff checked each shot on the computer so Samantha and Annie would step in and hold my arms up. HAHAH!

And there you have it! A quick peek into how we conceptualize and create some of our wacky photos! We had a blast working on this campaign. You can check out the watches here and some of the other awesome photos and animations people created here!

I got the opportunity to partner with Swatch. All content and opinions are that of my own! Thank you for supporting the sponsors that keep the Studio DIY party going! Read more about my editorial policies here.