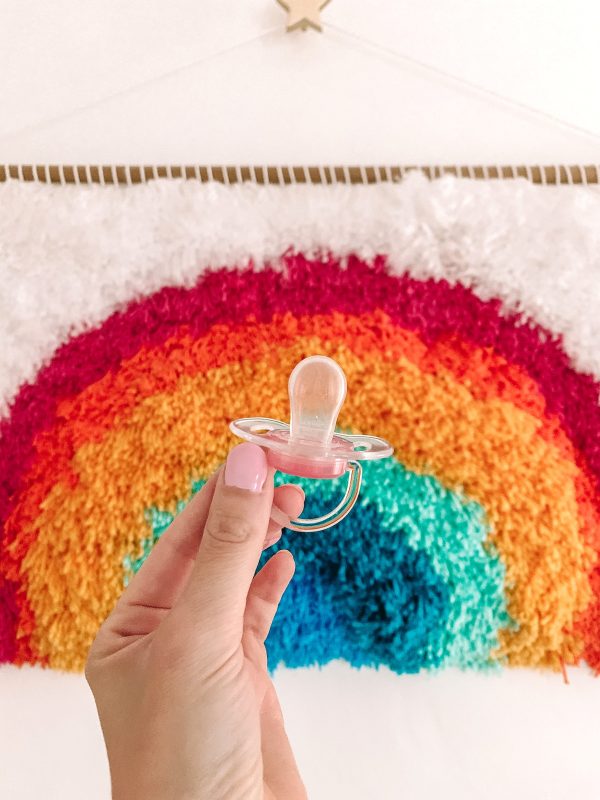 At age 3 (and some change) we finally, successfully got rid of our toddler’s pacifier. We delayed it for more than a year out of sheer terror (primarily of losing sleep we worked so hard over two years to gain) despite so many reminding us “You are making too big of a deal, it won’t be as bad as you think.”

Is your kid addicted to their pacifier too? Around 18 months, we made the pacifier a nap time and bedtime only item (and plane flights, can’t forget about that!). But each time after that that we prepared ourselves to eliminate it entirely, there was a disruption to his schedule or a life change that held us back. It was such a comfort to him, that we didn’t want to take it away right when he started school, or there was a family emergency or a big trip coming up.

But finally, we had no more excuses and we went for it. I cried, he cried, but overall it was a huge success and just as how everyone said, way easier than I expected.

Awhile back I asked for suggestions and five hundred of you weighed in with your tried and true solutions for how to get rid of the pacifier. Today, I’m sharing several of the most common parent-approved solutions I saw, including the hybrid of solutions we used!

If there’s one thing we’ve learned in parenting our particular child, it’s that he likes to be involved. When we spring things on him, they don’t go over very well. We knew this would be no different.

On the recommendation of our friend Joy, we came up with a plan that started with spending some time talking to him about what’s happening.

So before we got to the “taking the paci away” point, we spent about a week talking about it. You can just casually bring it up throughout the day, telling them that their pacis are getting old and they are getting so big, so their pacis are starting to break.

(We legitimately had two of his pacis break over the course of a few weeks which really helped him understand it, while still keeping the comfort of one last paci while he processed this.)

I highly recommend taking some time to talk and explain what is happening before initiating any of the methods below, unless you’ve found that your child does not do well with as much information! I think it was key in making our journey successful. 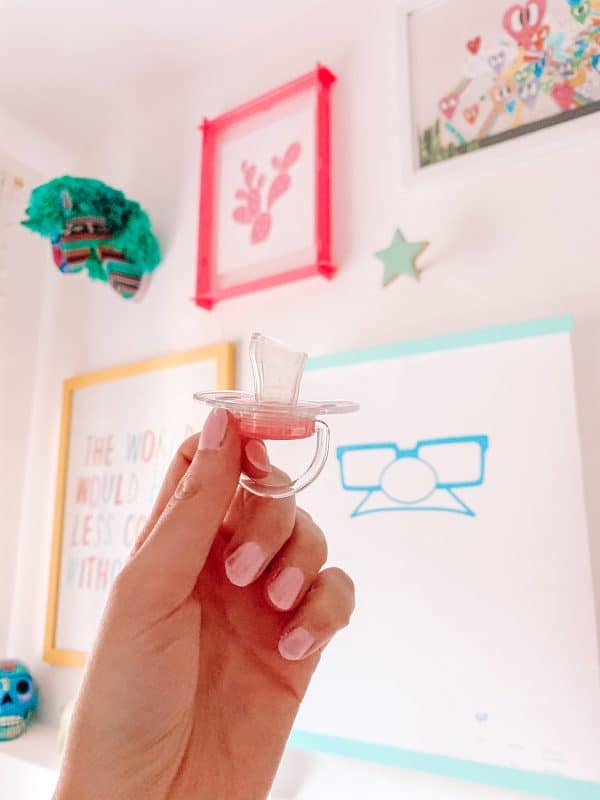 Cutting the paci was the method that was most recommended and ultimately the method we went with. In short: you cut the end of the paci off, or poke a hole in it, which makes it no longer function/suction properly.

After talking for several days, before a nap (or bedtime, but we chose to do it before a nap), snip the end of the paci off and throw the cut part away. Then let them have the now “broken” paci for another day. Answer questions about the broken paci, as there will certainly be some, (“No, we can’t tape it. No, Santa can’t bring a new one, you’re such a big boy now and he needs to give them for the babies!”) and let them keep the paci.

If your child is like ours, they will use their whole selves to keep that paci in their mouths, despite it not working. Ha!

The next day, snip a little more off, so that it is no longer usable at that point, and then invite the child to help you throw the paci away or mail it to a friend. Follow their lead! Our plan was to throw it away, but our son asked to give it to a friend (our neighbor, who is younger then him) which leads me to the next method.

This is actually the method my mom used with me, and ended up being an important part of our process too! It was also one of the most recommended methods I saw.

Invite your child to gift the paci to a (younger/baby) friend or family member.

Begin with the same chat as mentioned in “The Explanation” section above, but add how happy it will make their friend to recieve and then make a project out of wrapping and delivering or mailing the paci to a friend!

Write or draw a note, wrap it up, put it in an envelope, add stickers, let the child lead the process! Then (after warning the parent, ha!), drop it at their door or pop it in the mail and off it goes to a new home! 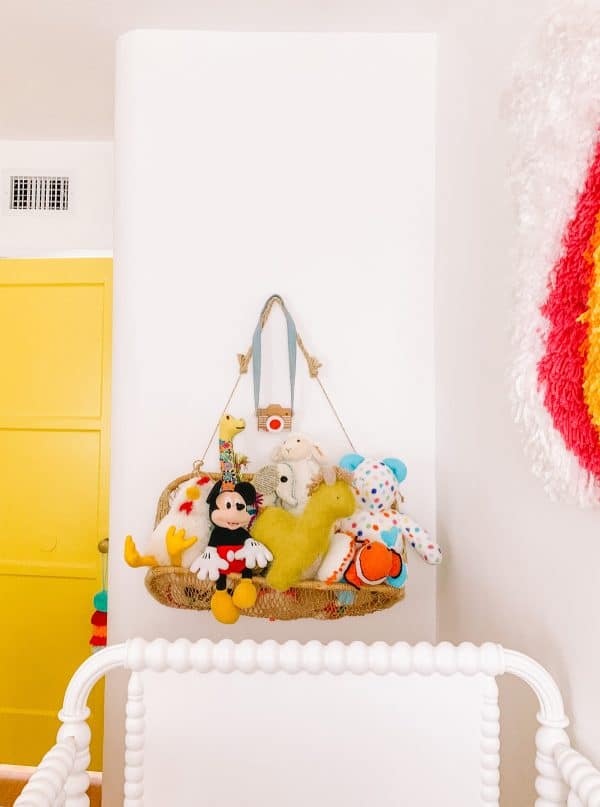 The Paci Bear (Or Doll)

For a stuffed animal (or doll) obsessed kiddo, this one could be a real winner. Like in all the examples above, explain to your little one that and instead they are going to get a special paci bear (or cat, dog, lion, you get the picture!) where they’ll still get to keep their paci close to them!

If you know how to sew you can purchase a special stuffed animal and open up one of the seams on the back or create one from scratch. Have your child give the paci one last “kiss” and put it inside the stuffed animal. Then sew it back up.

If you don’t sew, you can go to a build-your-own stuffed animal spot or find a kit online to build one!

Here are a few kits, patterns, stuffed animals and plush dolls that would work great:

If your child has an older sibling, friend or cousin, perhaps they know about the tooth fairy. Or maybe they really love the idea of Santa or the Easter Bunny. This method could work for you!

Enter “The Paci Fairy” who when left a paci, will take it with her for the babies who need one, and leave a special “big kid” surprise in its place. Again, I recommend starting with several days of talking about what’s happening!

You can make it extra fun by adding a little fairy “door” to a wall or garden (decorate it together!) and leaving the paci outside or writing/drawing a special note.

After preparing for the worst, we had one day of some tears and that was that! I hope one of these solutions helps your family out! There are so many more ideas in the comment section here, if you’re looking for more! 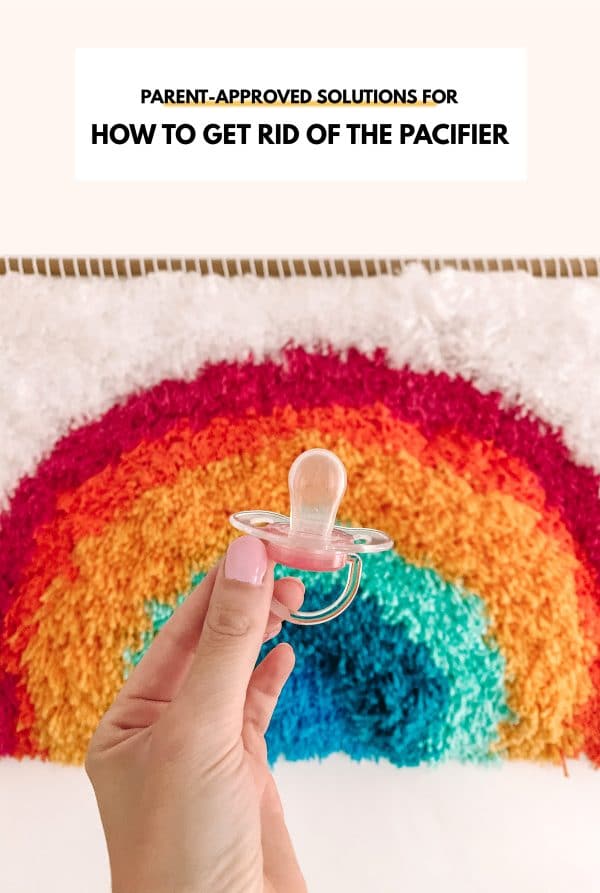 Cutting the paci is genius, I wish I had known about that!

I have a two-year-old (2 and change) and I’m dreading the whole thing but she is someone who LOVES information, as much as possible, so the recommendation of speaking to her about what’s happening some weeks before I actually proceed with the plan sounds great. Still dreading it but this is such a good start! Thanks!

Yes! I think it really was a game changer in making this process go more smoothly than expected!! Hope it works for your fam too!

Wonderful post! My daughter had a Wubba Nubba that I was terrified of taking away. But luckily she started tossing it out of the crib but not crying about it. Eventually we just stopped giving it to her and she never asked for it. HOWEVER, my other daughter is a thumb-sucker and I’m totally at a loss of how to wean her. If you or any other moms have any advice, let me know!!!

Oof, I wish I had advice there! That’s a tough one since you can’t “take it away” to break the habit, ha! But I’m sure there’s some other mamas out there that have some advice!!

We have some time with our paci left (we call it Schnuller) but I have seen some kindergartens or Parks where people have made a special tree to leave the paci on. So when the toddler is ready he can tie his paci to a string and hang it up on the tree and have a Little celebration with the family.
Maybe it’s a German thing but it seems to work.

Oh my gosh, what a great idea!!! I love that so much and have never seen it here (in LA at least)!

Thank you for sharing this useful article information.I am really impressed with the article you provided. 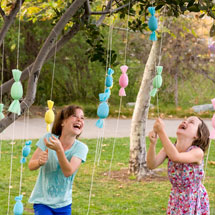