*A quick note: Thank you all so much for your patience as I switched Studio DIY over to it’s schnazy new server. We still have a few little kinks to work out, so bear with me just a bit more, but I just couldn’t hold back the confetti and balloons any longer! Now back to our regularly scheduled programming…

After I covered my shoes and my purse in confetti, I just started confetti-dipping everything. No really, everything. And one of those victims of my obsession was.. you guessed it, balloons! Now, we’ve all seen those gorgeous clear balloons filled with confetti that have become quite the trend, but what if you don’t want just clear balloons!? Well you put the confetti on the outside, of course! Even though I am still in denial about summer ending, this DIY has me thinking all the way ahead to New Year’s. It also has me wanting to throw a confetti dipping PARTY immediately! Oh, the possibilities. 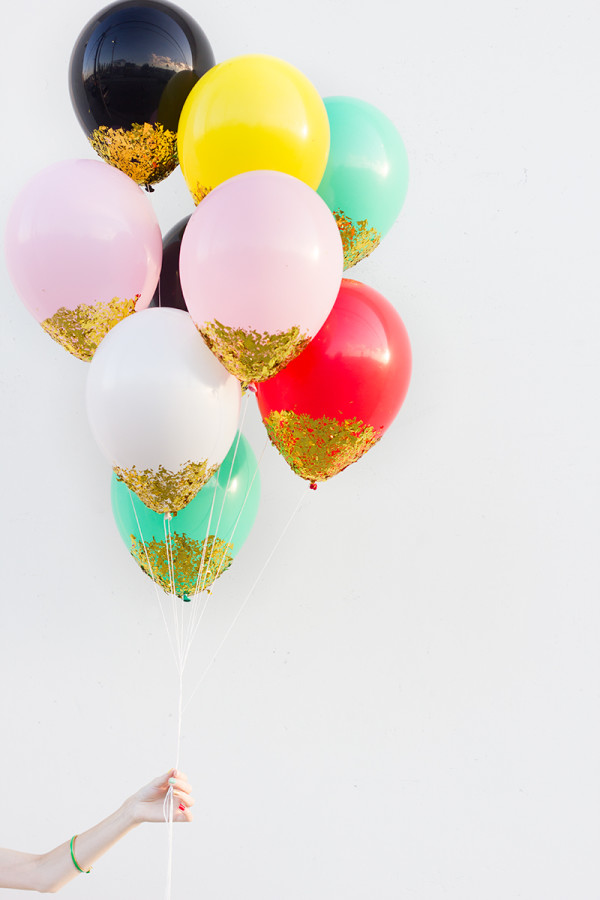 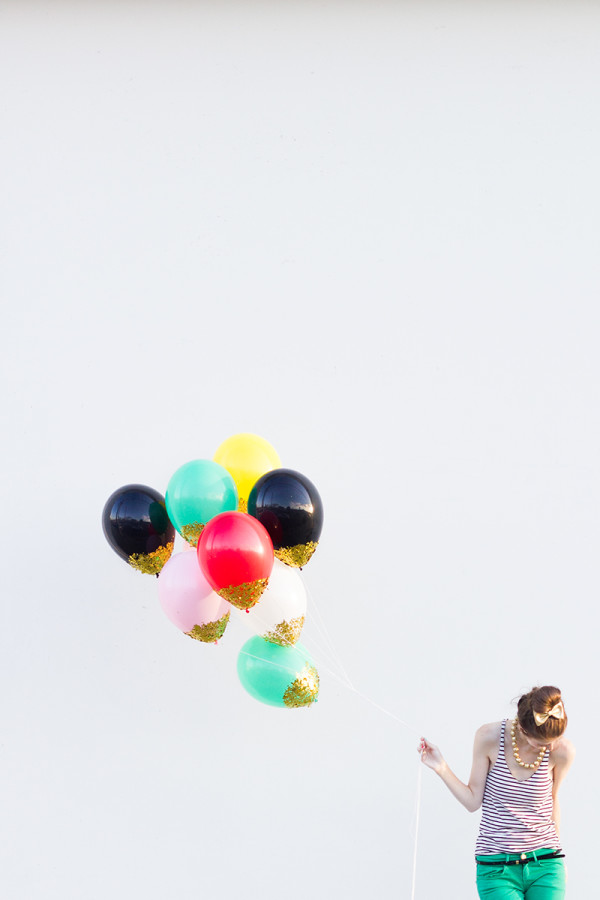 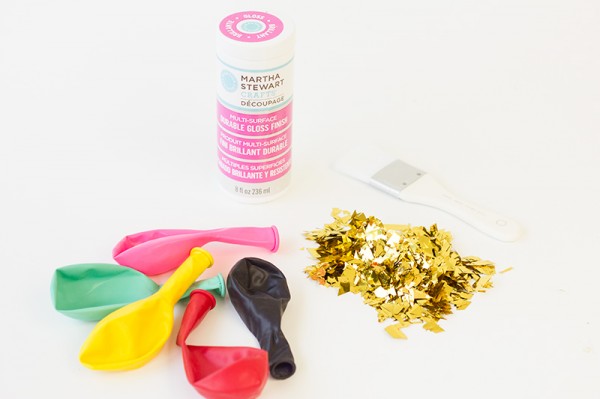 Balloons*
Gold Foil Confetti (I bought a big bag of it from the party store. You can also make your own by cutting up gold fringe curtains!)
Decoupage Glue or Mod Podge
Paint Brush or Foam Brush

*If you are filling your balloons with helium, so they float, you’ll need to make sure you do not add too much confetti to the balloons or they won’t be able to stay up! It’s best to sacrifice one balloon as a tester so you can see how much confetti it can handle. If you’re just filling these guys with air and letting them bounce around on the floor, then the more confetti the better!

Take your inflated balloon and paint on the decoupage glue to the bottom of it. You need a thin but even layer. You can either paint a straight line around so you have a very defined confetti “dip” or you can make the top edge of your decoupage area rough so it looks a little less perfect. Either way, once you have your glue on there, go ahead and start dipping and sprinkling confetti on. I found the best way to do this was to hold a balloon over a large bowl of confetti and pick up a handful at a time and press it onto the balloon. Shake the balloon so all the excess confetti falls off, then let it dry. 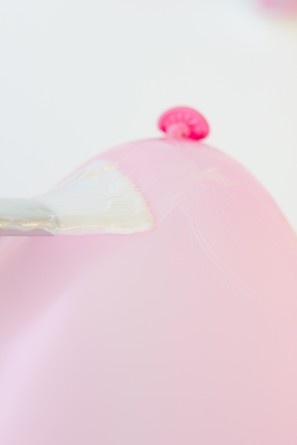 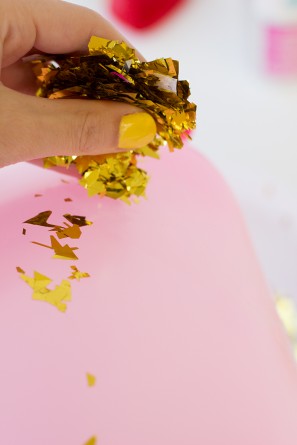 The confetti stays on pretty well with just those steps, but for extra security you can also add another layer of the decoupage glue overtop of your confetti and let it dry. (It will dry clear.) If you do this, make sure you factor the extra bit of wait from that second layer in so you don’t end up weighing down your balloons! 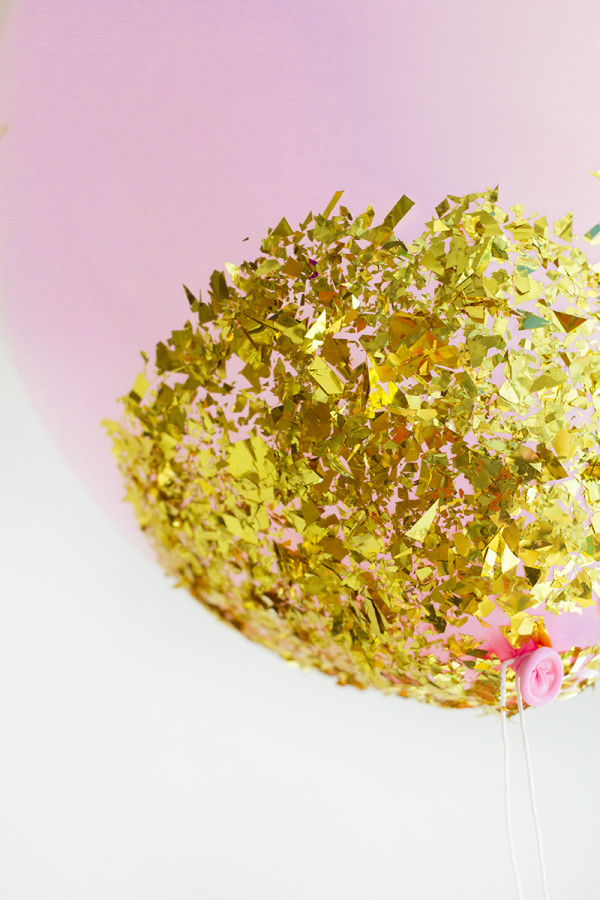 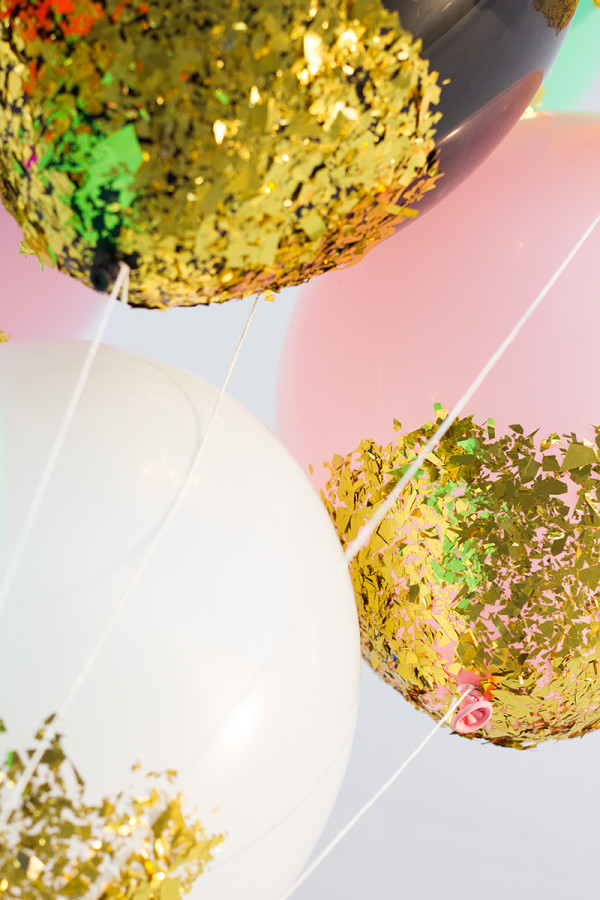 Aren’t they just so sparkly and fun!? As I always say, confetti makes everything better. 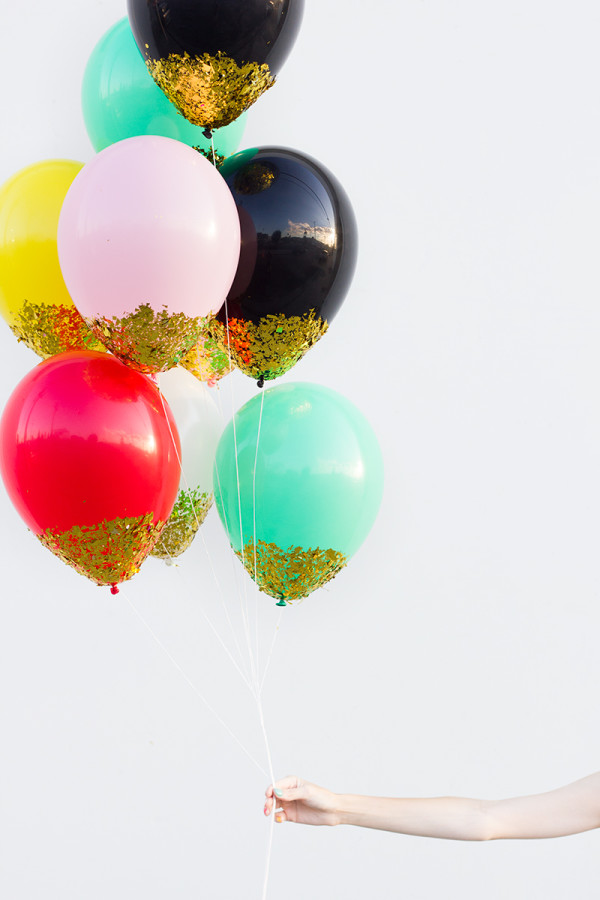 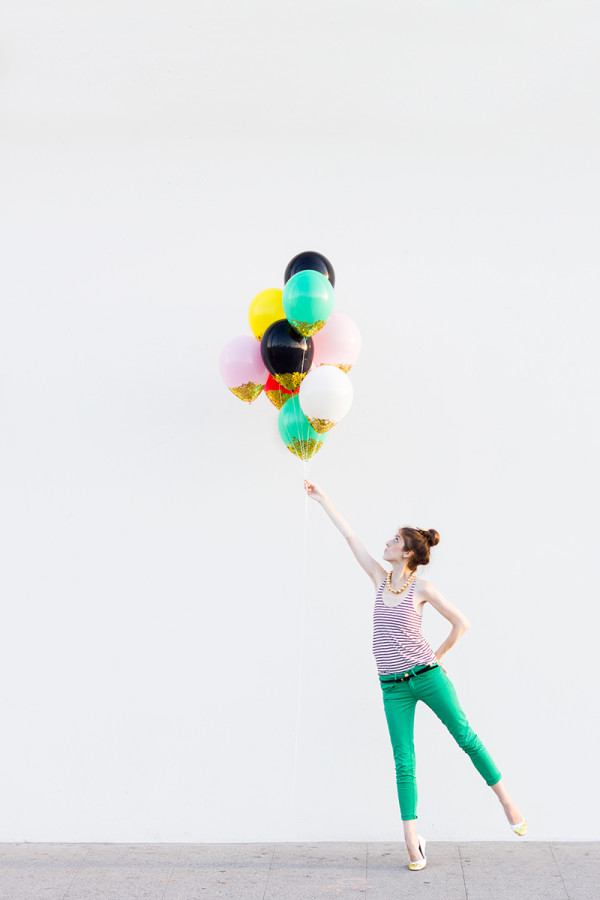 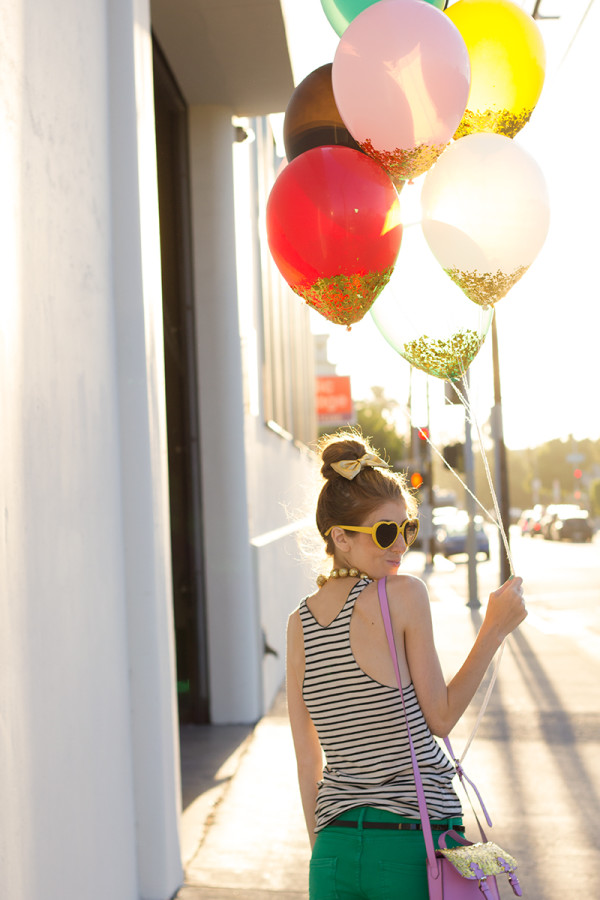 I just love combining a few of my most favorite things! It would be pretty cool to do this dipping technique with colorful confetti too, no!?

For more balloon DIYs, head right on this way!

Boy, I love the look of these and they seem relatively simple to make!!

Yay! I love the way these turned out Kelly! The photos and styling are perfect. And I also have an urge to steal your outfit.

these are so gorgeous! gold foil confetti is so pretty.

I think we might have the same obsession for confetti! Love these balloons and lovely photos!

Wow, this is so simple and easy yet it makes such a great difference. Love it.

0
Reply
We Think Therefore We Create

love that you’re rocking all your confetti dipped creations at once(: xx Sydney

Extra bit of *weight.
Not wait 🙂

I feel like every day you wake up and say, to confetti or not to confetti? And confetti always wins.

Oh Kelly! These are the best balloons ever!

Love this concept. Going to try it soon.

Super cute! I am pinning 🙂

Hi Kelly!!! looooooved the idea!! can’t wait to try them!! I have a question!! ¿Can I use regular glue or it HAS to be decoupage?? I’m having a little trouble finding it (I’m from Mexico and we don’t have that kind of material everywhere)
🙂

Hi! That’s a good question. I imagine regular glue would work just fine as far as sticking the confetti to the balloons, you just want to make sure you get a glue that dries clear (like a white school/craft glue). Be sure to send a picture if you make them!

Top award for your wonderful balloons!

so very pretty!
I linked to your tutorial on my blog – thanks for sharing!

Hi!! I love your idea. I’m planning on making them Tomorrow night for my bday. I just have a question before I start!! Did you dip them in confetti before or after you blow them up? Thanks!!

Thank you so much. I am going to do this for my best friends birthday.

I love this color combination, and am having an impossible time finding balloons to match the teal/mint color. Where did you buy your balloons? Also – the gold confetti is apparently difficult to find! Two party stores, one craft store, and one intensive online search later – I am still balloonless and confettiless. Help!

thank you for this amazing idea!!! I made balloon tassel garlands, but just did not
want to go for the huge 36 inch balloons that are all the rage (15 bucks for helium for one!) I am so
doing a bunch of these and attaching the garland to the balloons!

I never thought of this. It’s 2 late 4 my party but definitely next year but I will just use 2 colors. That would be more
Hollywood.

Hahaha, I really happy to read this post, simple but lovely.
thanks

Thanks for your valuable ideas about how to use diy confetti dipped balloons. Great Article. Useful to all. You can also decorate birthday party with balloons from best birthday party organisers in Bangalore, India.

what a beautiful presentation wow.Can’t Leave Without Commenting 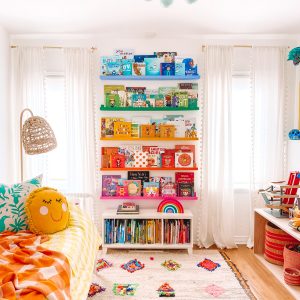 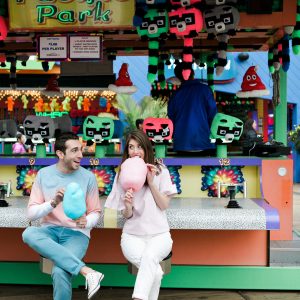 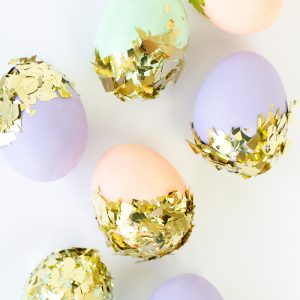