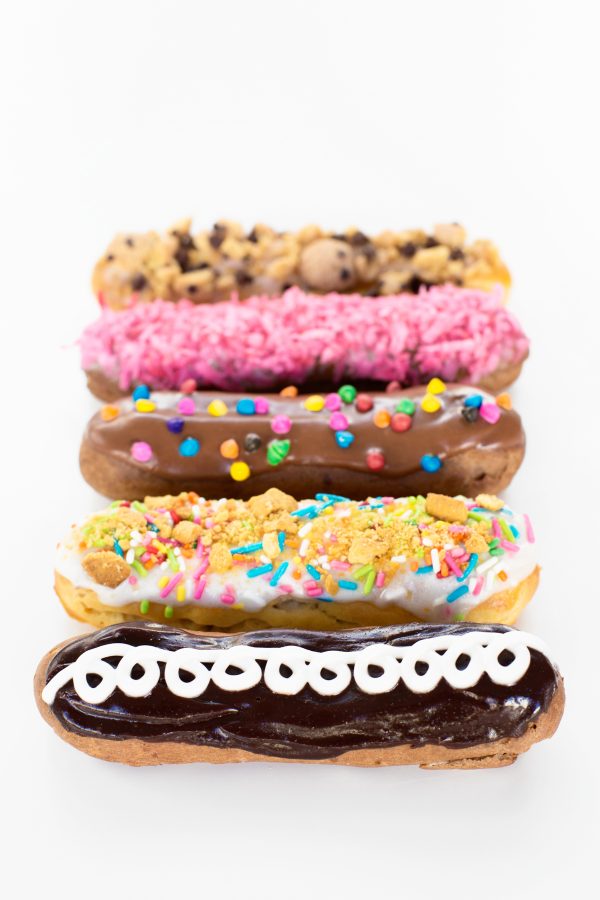 Eclairs are delicious but always seem so fancy when you see them at French bakeries all decked out in gold leaf  or fondant flowers! So we decided to trash ’em up a bit in true Studio DIY style! Because trashy eclairs just sound so much more FUN!!!!!! We’ve got ones inspired by your favorite childhood treats (cosmic brownies!) and ones covered in your favorite cereals (coooookie crisp!) and everything in between! 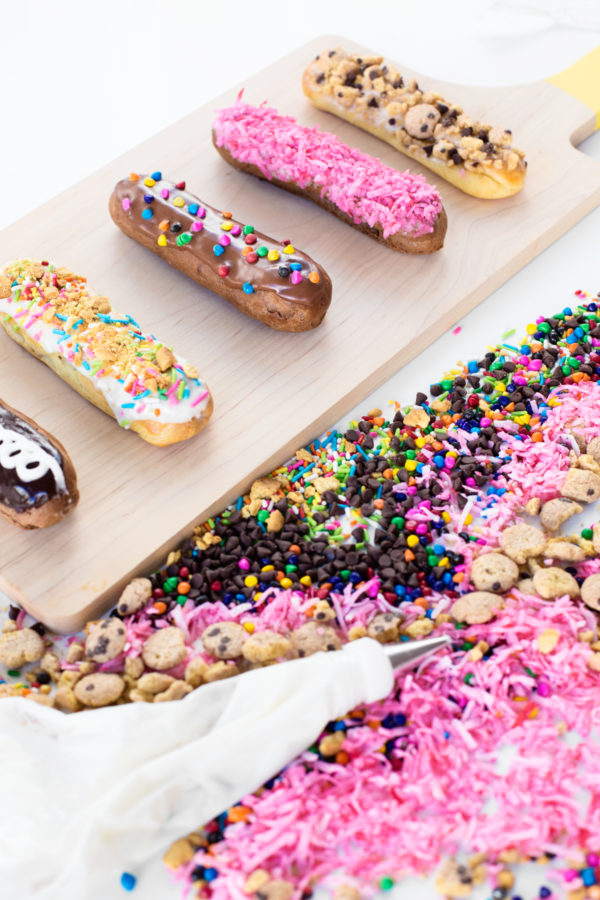 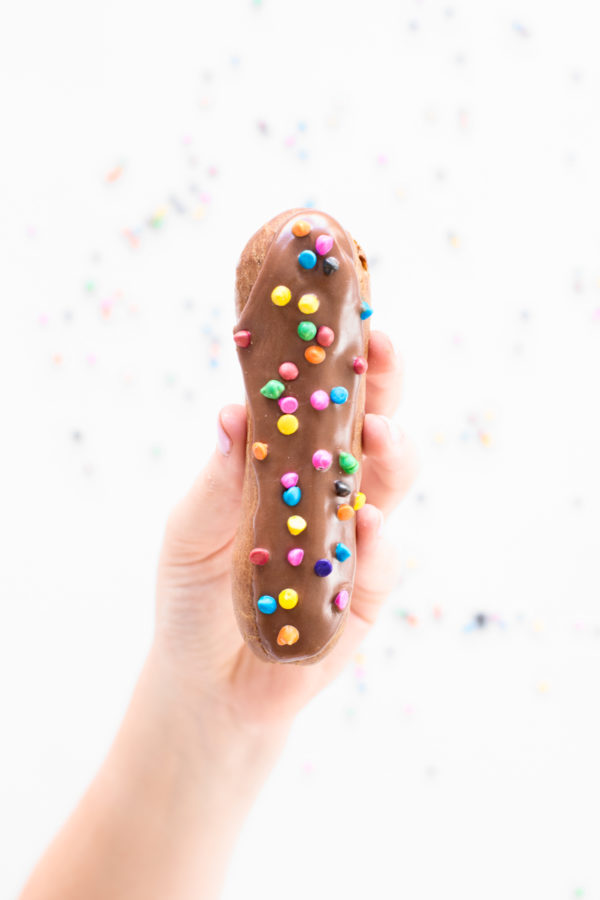 If you’re a “semi-homemade” kind of gal like me, you can purchase pre-made eclair shells from a local bakery and just skip to the toppings part of this recipe! 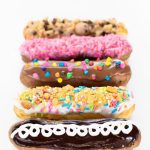 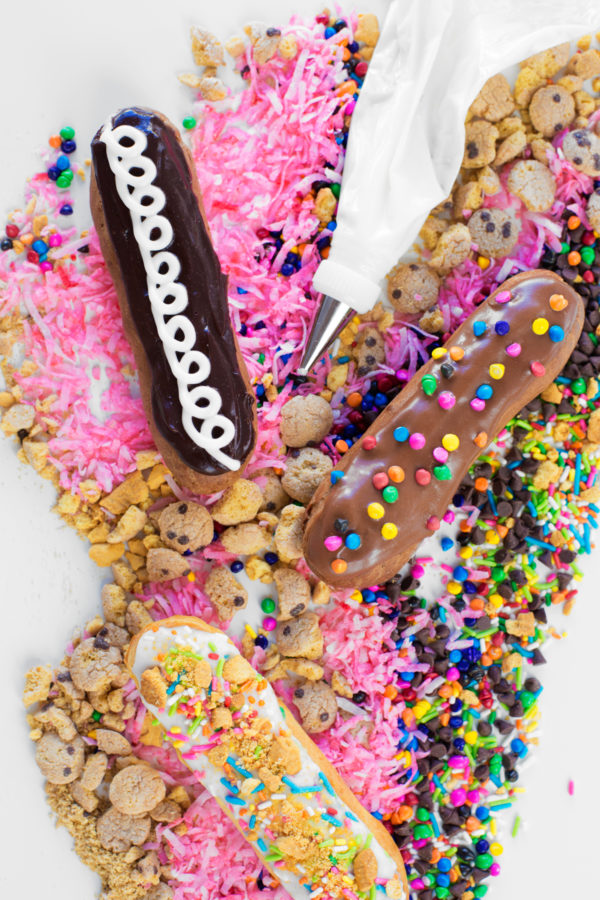 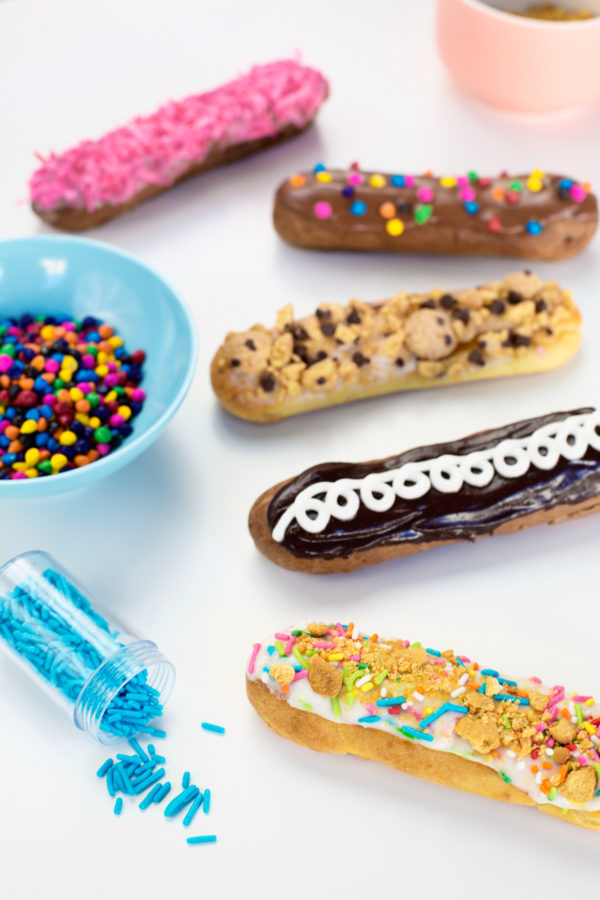 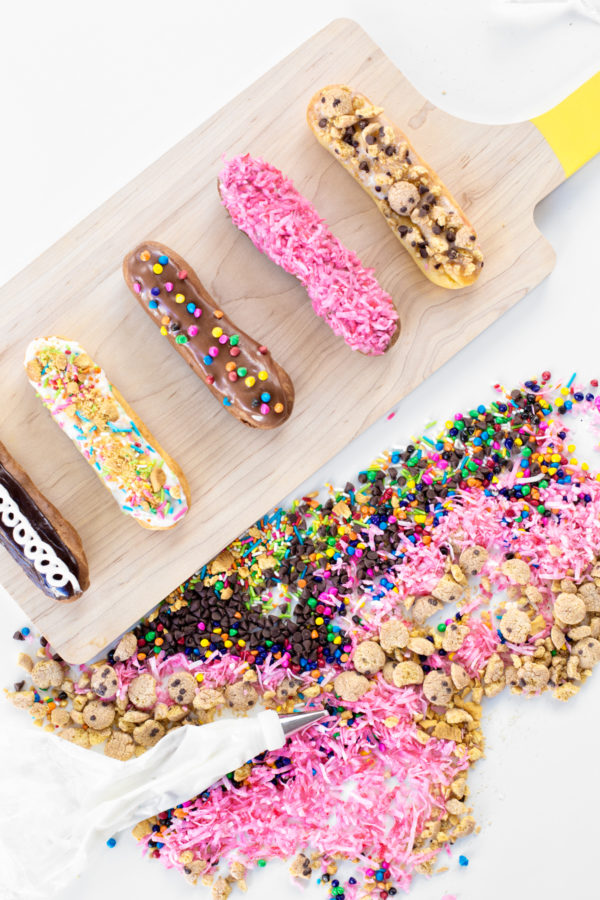 Which one is your fave!? As if you had to guess… mine is the cosmic brownie one!

« 10 Items I Wish I’d Registered For
How We’re Decorating The Studio For Christmas! » 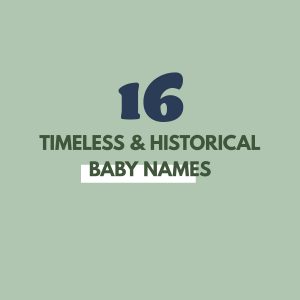