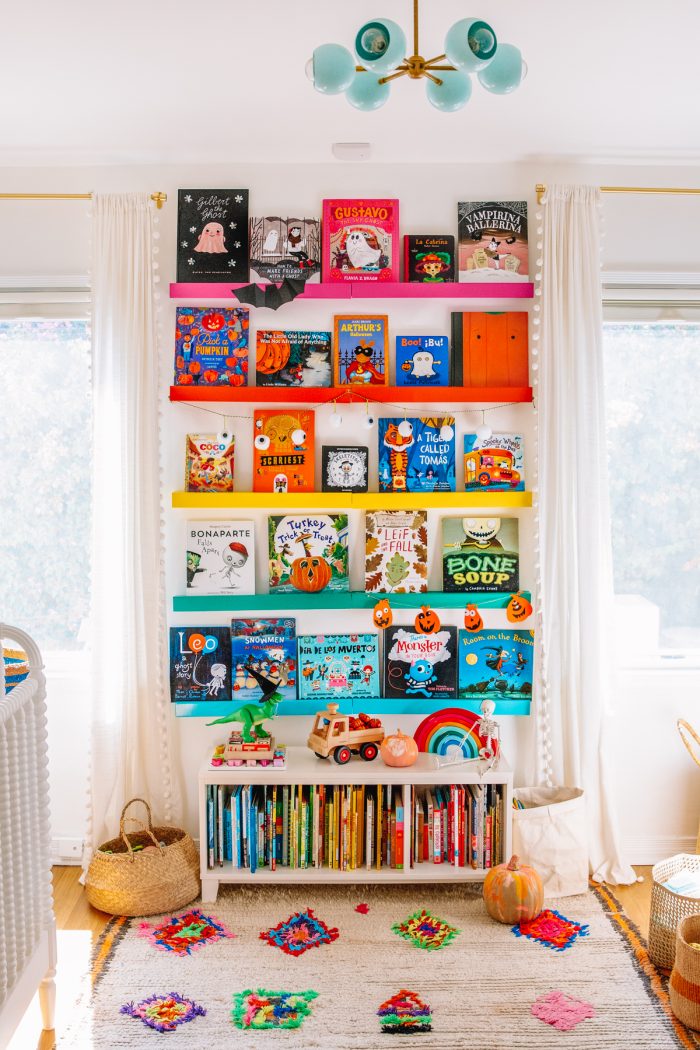 We’ve amassed a fun collection of the very best Halloween books for kids and we have been having a BLAST reading them. This holiday has always been a family favorite, as most of you know by now, and it’s been so fun seeing our little dude’s love for it too now!

In addition to Halloween books, we’ve collected some wonderful Dia de Los Muertos books, too. Since it falls just after Halloween, I wanted to include those here as well. I’ve been trying to learn more about the holiday through books, in addition to talking with friends who celebrate it, and the ones we have have been a great resource.

We read three books every night before bed and these titles have been dominate every September and October! I wrote a bit about why we love each one below, in case you want to build up your holiday children’s book library too!

Below you’ll find all the best Halloween books for kids that we’ve read (so far)!

Pick A Pumpkin by Patricia Toht and Jarvis – This. Book. Patricia Toht’s “Pick A Pine Tree” book is hands down my favorite Christmas book and I’m so happy to have the Halloween version! In my opinion, it’s hands down the best Halloween book we own. She just really hits the nail on the head when it comes to traditions. This one takes you through picking a pumpkin a patch, carving it, decorating your home, the whole nine yards… step by step with so much detail. If you’re going to buy any book from this list, make it this one!

Gilbert the Ghost by Guido Genechten- A cute book about a (pink!) ghost who embraced being different!

Stumpkin by Lucy Ruth Cummins – All about a pumpkin who doesn’t have a stem! I really love the illustration style of this book, and that it takes place in a city setting as so many Halloween books seem to be set in rural/suburban areas. I also really love the pattern of how this story unfolds and so does Arlo!

Boo! / Bu! by Leslie Patricelli – A bi-lingual Halloween board book that packs SO much more punch than I excepted!! There’s a really cute page with all different jack-0-lanterns and the emotions they’re expressing and Arlo is obsessed. One of my top faves for the little little ones!

Arthur’s Halloween by Marc Brown – Arthur will always have a soft spot in my heart! This book has a great message, that you shouldn’t judge a “spooky” book by its cover.

Vampirina Ballerina by Anne Marie Pace and Leuyen Pham – This one isn’t necessarily Halloween themed, just a cute story about Vampirina the vampire. If you have any ballerinas in your life, this is such a great one!

Bonaparte Falls Apart by Will Terry and Margery Cuyler – You’ve already met “baby Karl” and he’s a key component to this book for Arlo. He discovered Karl’s head pops off, just like Bonaparte’s so he likes to illustrate the entire book IRL. Haha!! Definitely a top three fave of us.

There’s A Monster In Your Book  by Tom Fletcher and Greg Abbott – I love an interactive book and that’s what this is!! If you’ve read and loved “Press Here” you’ll love this one too! It’s so so adorable and fun to read!

Snowmen at Halloween by Carlyn Buehner and Mark Buehner – With Arlo’s Olaf obsession, I figured he’d get a kick out of this so ordered it on a whim. He LOVES it. It’s all about a snowstorm that happens just before Halloween and what all the snowmen are up to when nobody is watching. It’s really fun and heavily in our rotation!

The Scariest Book Ever by Bob Shea – This is the favorite so far this year. I thought this book was so clever! It’s about a very skeptical ghost who’s scared of everything, until he learns what it really is. It has a bit of a memory and mystery component which is fun.

Turkey Trick or Treat by Wendi Silvano and Lee Harper – Got this one as a gift and it’s pretty cute! It’s all about a turkey and his fellow farm animals who are just trying to go trick-or-treating even though everyone tells them they can’t!

Leo: A Ghost Story by Mac Barnett and Christian Robinson – This one isn’t Halloween-themed, just a sweet story about a ghost named Leo and the little girl named Jane who he be-friends after being misunderstood by other humans.

Room on the Broom  by Julia Donaldson and Axel Scheffler – Without a doubt the most recommended book when I asked you guys! It’s a story that rhymes (yay!) and is all about a witch who finds room on her broom for many a new friend!

A Tiger Called Tomás by Charlotte Zolotow and Marta Álvarez Miguéns – This is a bilingual new take on a classic story, about a kid who is too shy to make friends when he moves to a new neighborhood, until Halloween rolls around and his costume gives him the courage he needs to leave his stoop!

Bone Soup by Cambria Evans  – Fun story that emphasizes the importance of sharing, and how one person (or monster?) can bring everyone together!

Leif and the Fall by Allison Sweet Grant, Adam Grant and Merrilee Liddiard – This one isn’t Halloween themed, just fall themed, but timely nonetheless! It’s all about the message of the importance of determination and persistence.

Gustavo the Shy Ghost by Flavia Z. Drago – This is a new addition for us and I am absolutely in love with it. The sweetest story about a very shy ghost and how he uses his love of music to find the courage to make friends.

Dia de Los Muertos by Rosanne Greenfield Thong and Carles Ballesteros – So many of you recommended this one and I’m so glad you did! I thought this one did a really great, thorough job of telling the story of Dia de Los Muertos. And it rhymes! Which are my favorite books to read. It’s written in English but mixes in some important Spanish words/terms related to the holiday.

La Catrina by Patty Rodriguez and Ariana Stein – Our favorite series of bi-lingual board books! This one is all about emotions, but the illustrations are inspired by Dia de Los Muertos so I include it in our Halloween reads! This is strictly a vocab book, so it’s great for super little ones!

Skeletitos by Susie Jaramillo – A really cute counting book with fold out pages (a major toddler WIN! Haha!) and in a Dia de Los Muertos setting!

You can view almost all the best Halloween books for kids here in my Bookshop profile if that’s easier! You can also view other children’s books we love here.

Do you have any favorites you would add for the fall or either holiday?? Hope you love these as much as we do!

This is so fun! Making traditions start with the small things, like fun Halloween books.

Is Arlo still learning Spanish or is he fluent?

Sophisticated but so playful.
https://supermariobros.io

Ooooh we need spooky wheels on the bus for my bus obsessed toddler! We love Little Blue Truck’s Halloween, and we’ve been making frequent library trips where we have discovered a couple he loves… Baby Loves Halloween by Jabari Asim (currently on repeat here), and Teeny Tiny Halloween by Lauren L. Wohl (I personally didn’t love this one, but my little one couldn’t get enough of it!).

Don’t forget the classics- A Waggle of Witches, the Old Witch series (there are several), Disney’s The Haunted House, Berenstain Bears Ghost Walk, The Old Lady Who Was Not Afraid of Anything, oh I could go on. That was my favorite part of the younger childhood years- hoarding all of the most wonderful books! Enjoy this time!

I love scouring Abebooks and Etsy for vintage children’s books. I’m obsessed with vintage illustrators- let me know if you need any recommendations! 💖

What a great list! We also love No Such Thing, but I’ve heard it’s hard to track down now. Monster Trouble is another favorite. I also want to commend you on having links to bookshop instead of amazon. Yay for independent bookstores!!

​Really I appreciate the effort you made to share the knowledge. The topic here I found was really effective to the topic which I was researching for a long time.
cookie clicker 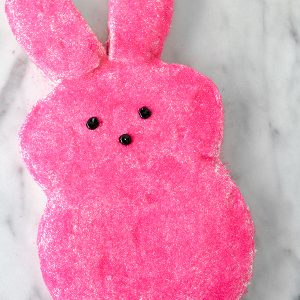